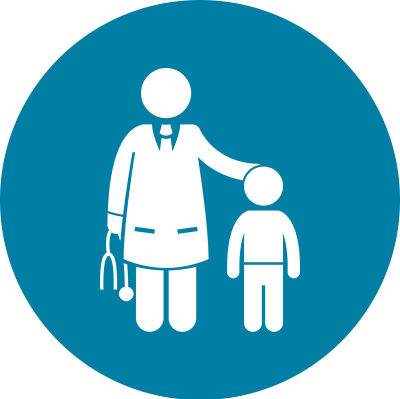 Our highly skilled team of Paediatric Oncologists has expertise and experience in treating Complex Cancer cases amongst Children.

The treatment of children and young adults with cancer is known as Paediatric Oncology.

What is Paediatric Oncology?

Narayana Health is a children's cancer hospital that has an expert team with experience in treating the most complex paediatric cancers. There is a difference in the treatment of adult and childhood cancers because the way cancer presents in children is quite different. The reaction of a child’s cancer to the treatment is also different. Most children do not have underlying health issues that adult patients have. Children usually have higher chances of recovery when compared to adults, but they have an added risk of long term side effects from the treatments.

Tumors that are treated at Narayana Health:

Cancers in children are of two broad types:

Leukaemia in children is usually of two types:

These are tumours that originate from other organs and parts of the body. They are usually :

Wilm’s tumours is a kidney cancer and is one of the most common paediatric cancers. When a kidney is being developed in the fetal stage, some of its cells will become glomeruli that perform the filtration function, while others will become nephrons which are the tubes in the kidney. These cells mature at the age of 3 or 4 years of age. If the normal development does not occur these cells become a mass that grows out of control. The mass is always cancerous and is called a Wims tumour or a nephroblastoma. If the early cells of the kidney do not develop into glomeruli of nephrons, clusters of the immature cells may form in the kidneys when the baby is born. Usually, these cells mature by the time a child is 3 or 4 years old, but some may grow out of control, forming a mass of immature cells. This mass is called a Wilms tumour or a nephroblastoma. It is different from kidney cancer that is found in adults because a Wilms tumour can become malignant which means it can spread to other parts of the body. When the tumour is in both the kidneys it is called bilateral, and when it’s in one kidney it is called unilateral. Sometimes it can start in one kidney and then spread to the other.

This is the most commonly found type of liver cancer in children and is found in children under the age of three.

Neuroblastoma is a solid cancerous tumour in children that starts outside the brain, in the nerve cells of infants and young children. Though it is often found to start in the nerve tissue of the adrenal glands it can also start in the chest, neck, pelvis, abdomen, or near the spine.

The adrenal glands are on the top of the kidneys and are the producers of hormones to control functions such as the blood pressure and heart rate. In the fetus, neuroblasts are the immature nerve cells that later mature into either nerve cells or adrenal medulla cells. The adrenal medulla cells are the cells that are found in the adrenal gland. When the neuroblasts do not reach maturity properly they grow into a tumour. This can occur even before birth, and in infants and children under the age of 5.

Sarcomas are cancer that develops in the connective tissues of the body. They are also called soft tissue sarcoma or STS. The mesenchymal cells are the cells that develop into the striated or skeletal voluntary muscles. When they do not develop properly they can form tumours called rhabdomyosarcoma. They are most often found in children and young adults, and can occur anywhere in the body.

This is a very rare cancer that is found in the retina, it is usually unilateral or in one eye. When it is in both eyes it is called bilateral. When retinoblastoma cancer spreads it can affect the bones, bone marrow, lymph nodes, and the brain and spinal cord (although it’s quite rare). Though babies can be born with this cancer, it is rarely diagnosed at birth. The chances of cure are higher when cancer has not spread beyond the eye. At Narayana Health the focus is on treating the retinoblastoma while preserving vision.

The diagnosis of cancer in children is usually performed by a paediatric oncologist. Cancer will be assigned a stage and will be treated according to the stage.

Some of the commonly used diagnostic tests in pediatric oncology are:

The treatment of childhood cancers is different from that of adult cancer as children react differently to treatments. As child cancers grow quickly, chemotherapy is frequently used in pediatric oncology treatments. Children also recover from high doses of chemo better than adult patients do. Radiation therapy has more serious side effects in children than it does in adults. Since children are in the development stage, the damage that could be caused by radiation to healthy tissue and organs would have more serious long term consequences. Some cancer treatments follow the treatment by chemotherapy with stem cell transplants.

Surgery to remove cancerous tumours is performed to remove all the cancerous cells and a small margin of normal cells around it. Since there is always the chance of having some cells left behind, it is usually followed by chemotherapy.

What is palliative care for children being treated for cancer?

Being diagnosed and treated for cancer can upset a child, it can cause emotional and other effects. At Narayana Health children's cancer hospital, palliative care includes supporting the child and the caregivers through this process.

When cancer cannot be detected in the body after treatment it is called remission or NED (no evidence of disease). Remission can be temporary or permanent, and sometimes recurrence does occur and cancer returns.

What are the common signs of cancer in children?

Cancers in children are not detected at first because most symptoms are similar to common childhood illnesses or injuries. However, when the symptoms do not go away, they should be checked by a qualified medical practitioner.

Some of the common signs are:

Though all these symptoms could be caused by health issues that are not cancer, it is best to have them checked and treated.

What are the side effects of chemotherapy?

There are different drugs that are used for chemotherapy and their side effects vary. The most common side effects are hair loss, nausea, vomiting, fatigue, appetite loss, diarrhoea and a higher risk of infection. Side effects get better after the treatment has stopped.

What are the side effects of radiation therapy?

The more common side effects of radiation therapy are mild skin reactions, stomach upset, and fatigue.

What are the common signs and symptoms of cancer in children?

What types of treatments do paediatric oncologists/haematologists provide?

Paediatric oncologists/haematologists offer the treatment and management of the following conditions in children.

What is the most common bone cancer in children?

What are the common symptoms of leukaemia in children?

How is acute lymphoblastic leukaemia in children treated?

Acute lymphoblastic leukaemia is treated in the following three phases.

These treatment phases use the following four types of treatments.

What are the survival rates for acute lymphoblastic leukaemia in children?

Most children with acute lymphoblastic leukaemia go into remission within weeks after their treatment begins. Usually, 90% of them can be cured. Besides, patients are considered to be cured after ten years in remission.