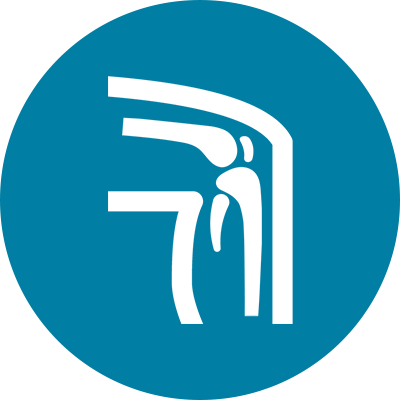 Our experienced and multidisciplinary Oncology team offers Comprehensive Treatment in the field of Complex Orthopaedic Cancers.

What is Ortho - Oncology

Oncology is a branch of medicine that specialises in the study, treatment, and management of cancer. It covers the entire scope of treatment from the diagnosis of cancer to all the different treatments of cancer and palliative care. A doctor who specialises in oncology is called an oncologist. Ortho oncology or orthopedic oncology is the speciality that deals with musculoskeletal cancers. This speciality deals with the diagnosis and treatment of bone cancers, soft tissue sarcomas, other cancers that have spread to the bones and conditions that occur due to another cancer or a side effect of treatment.

The most common types of bone cancers are osteosarcoma and Ewing sarcoma. These two types usually occur in children and adolescents.

Cancer that develops in the connective tissues of the body is called sarcoma. They are very rare and can affect the muscles, fat, tendons, bones, cartilage, nerves, and blood vessels. Though they can occur in any part of the body they are most common in the limbs. A sarcoma that grows in the bone tissue is called osteosarcoma. It usually starts in the legs near the knee joint or in the upper arm close to the shoulder. It can, however, occur in any bone in the body and very rarely in the soft tissue outside the bone. When osteosarcoma grows in the bone it is called a central tumour or medullary tumour and when it is on the surface it is called a surface tumour or peripheral tumour.

The other common types of bone cancers are:

Other soft-tissue sarcomas that start in the bone are:

An orthopaedic oncologist will perform a physical examination of the affected area and then further investigate using various diagnostic tests such as :

When an oncologist has confirmed the diagnosis of cancer the tumour is studied for severity depending on various factors and they are assigned a stage. The bone cancer treatment that is chosen will be the most appropriate for the type and stage of cancer. Some of the most common treatments are:

Cancer is treated through chemotherapy by the infusion of drugs that are harmful to cancer cells usually into the bloodstream. It may involve the usage of one or more drugs that can be repeated in cycles.

Targeted therapy takes place when the genes, proteins or tissue environment of the cancer is specifically targeted. This limits the damage to healthy cells while effectively targeting the cancerous cells. The target can be determined by tests that help to identify the best target for the specific patient’s tumour.

Radiation therapy uses the targeted application of radiation such as X-rays or other particles to the cancerous cells to destroy them. Narayana Health bone cancer hospital in India uses the latest in technology to very precisely deliver radiation to make the bone cancer treatment time as short as possible. Radiation therapy can be given before or after surgery depending on the nature of cancer.

Surgical bone cancer treatment removes cancerous tissue as well as some marginal tissue that surrounds it. The oncologist will usually team it with chemotherapy or radiation therapy. At Narayana Health we strive to preserve most of the limb, this is called limb salvage. In some cases, however, amputation may be the only option. New techniques of surgery attempt to spare as much of the limb as possible using prosthesis, bone grafts and other reconstructive surgery techniques. Soft tissue such as muscle is then used to cover the area. Recovery from surgery will also include other rehabilitation and therapy for the patient to recover physical abilities and any emotional issues.

In some patients, especially those with osteosarcoma, cancer will have spread to other parts of the body despite surgery; it usually spreads to the lungs. To avoid such a possibility, surgery is often followed by chemotherapy too.

Though there is no prevention of bone cancers it is important that it be detected as early as possible. Early detection improves the outcome of treatment. When a patient has risk factors such as genetic predisposition to cancers, especially sarcomas, a history of radiation therapy or chemotherapy and benign bone tumours or other bone conditions they should be regularly monitored. Regular check-ups are advised to catch any problems early.

Why is chemotherapy sometimes given before surgery?

When tumours are fast-growing the chemotherapy may be given before surgery. This is called neoadjuvant chemotherapy, preoperative chemotherapy or induction chemotherapy. This prevents cancer from spreading and also shrinks the tumour prior to surgery.

How is cancer staged? Why is it staged?

These results are then combined and a stage assigned with the earliest bone cancer being assigned stage ) and the most severe IV (4).

Staging cancer gives an easy way of referencing and describing it and choosing the best treatment for it.

What does an orthopaedic oncologist do?

How are bone and soft tissue cancers diagnosed?

Diagnosing bone and soft tissue cancers include the following.

What are the signs and symptoms of bone and soft tissue cancers?

The most common symptom of bone cancer is pain. Initially, the pain may be occasional but eventually becomes more frequent. Other symptoms of bone cancer include swelling, fractures, numbness or tingling sensation if the cancer affects the bones of the spine.

In case of soft tissue cancers, the first sign may be the formation of a lump under the skin which may or may not be painful. Usually, soft tissue cancers begin in an arm or leg, but they can also occur in the chest, abdomen, head and neck.

What are the treatment options for bone cancer?

The treatment options for bone and soft tissue can include the following.

Surgery is the most common treatment for both bone and soft tissue cancers. The surgical procedures followed for treatment are

It is usually performed after the primary surgery to kill any remaining cancer cells. Radiation therapy is also used as a treatment for patients who can’t undergo surgery. It is also helpful to reduce symptoms caused by bone and soft tissue cancers.

It is used to shrink a tumour before the surgery. It is also used if the cancer has spread from a patient’s bones to other parts of the body.

Targeted therapies are designed to specifically act on the cancer cells by attacking the mechanisms that cause them to grow and spread or engaging the immune system to kill the cancer cells.