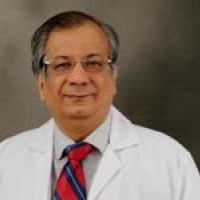 Dr. Raju P. Khubchandani, M.D. was the founder-convener of the Paediatric Rheumatology Society of India (Indian Academy of Paediatrics), and is widely recognized as one of the pioneers of paediatric rheumatology in the country. While he continues to see general paediatric cases, notably children with lung diseases and asthma (the IAP guidelines on Asthma and the Asthma Training Module are his brainchild), his principal focus is children with prolonged fevers, joint (arthritis), muscle and bone disorders. His zeal for paediatric rheumatology was responsible for a mid-career shift to the branch, after brief training at Great Ormond Street Hospital, London in the year 2000. He has over 130 publications, several chapters in books, and has co-authored two books. He has been Asia’s sole representative at 5 international consensus group meetings. He strongly believes in multidisciplinary approach in patient care. At least ten students who he has mentored have pursued paediatric rheumatology as a career. Travel and teaching are his passion. Not only is he an astute clinician and a surgeon par excellence, his greatest strength lies in treating patients with compassion and has more than 13 years of surgical experience under his belt. He is an avid researcher, has more than 20 national and international publications in peer-reviewed journals to his name, has made more than 50 presentations across the globe in most prestigious of the scientific forums, has authored important chapters in prominent medical textbooks and is a leading and a sought-after speaker in conferences both within and outside India.