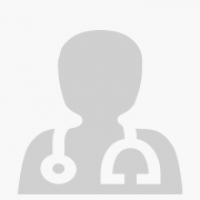 Dr. Ira Shah has completed MBBS from Grant Medical College, Mumbai University and MD (Paediatrics) from Seth GS Medical College, Mumbai University. She further pursued DCH and FCPS (Pediatrics) from College of Physicians & Surgeons of Mumbai with a Gold Medal in DCH. She has also done DNB (Pediatrics), Visiting Fellowship (Pediatrics) from RCPCH, UK and Diploma in Pediatric Infectious Diseases from University of Oxford, UK. She also has an under-graduate and post-graduate teaching experience of over 15 years. Dr. Ira Shah has been an Examiner for IAP Pediatric Infectious Diseases Practical Exam and a Practical Convener – Third MBBS, Pediatrics at Seth G S Medical College and KEM Hospital, Mumbai. She is on the Editorial Board of various scientific journals. She has given numerous poster and paper presentations in various national and international conferences. Dr. Ira Shah has organized and also been invited as a guest speaker in many conferences and workshops. She has been on the Advisory Committee of HIV Congress in the year 2005 and 2007 in Mumbai and Goa respectively and also on Pediatric Liver Update in 2006 in Mumbai.