1.What is knee pain?

The knee joint is the largest joint of the human body and is designed to support the entire weight of the body, enabling us to walk, run or dance. Damage to any structure in the knee joint can impact normal movement.
Knee pain is a common complaint affecting people of all ages, young and old. Knee pain can be a result of injury, such as a ligament tear or damage to the menisci, or can be age-related such as ortho-arthritis. It is also encountered in a myriad of other conditions, such as auto-immune disorders (rheumatoid arthritis), or as a result of accumulation of metabolic products in the joint spaces (gout).

Accompanying symptoms may include stiffness and swelling. Most often, knee pain can be managed by physiotherapy or knee braces, although some conditions require medications and/or surgery.

2.What are the various causes of knee pain?

Knee pain and its causes can be broadly classified into the following categories:

Here is a brief elaboration of these etiologies:

Anterior cruciate is one of four ligaments connecting the shin bone (tibia) with the thigh bone (femur). The ACL tear is a common occurrence among sports people, in football, basketball and skating, where a sudden change in the direction of motion is required.

Fracture of the kneecap or patella is uncommon, most often seen as a result of road traffic accidents, or, rarely, as a result of loss of bone density seen in age-related osteoarthritis.

A sudden twist of the knee joint during weight bearing can lead to tearing of the menisci, or the cartilage between the thigh bone (femur) and the shin bone (tibia). The menisci play a role in cushioning the joint, avoiding friction between the two communicating bones.

Bursae are small sacs of fluid along the sides of the knee joint that allow smooth gliding of the tendons and ligaments against each other. Inflammation of these bursae, or bursitis, is usually a result of injury, and is associated with acute pain.

Tendons are the thick fibrous bands that connect the muscles to the bones, enabling movement. The patellar tendon helps attach the quadriceps muscles to the shin bone, the tibia. Injury to this ligament, referred to as patellar tendinitis is often seen in cyclists, runners or those involved in activities that require jumping.

Some examples of mechanical causes for knee pain include:

Imagine a pen caught in a door hinge making smooth movements difficult. Similarly, sometimes a chipped piece of bone or cartilage formed due to degenerative changes or injury can affect movement along certain angles while floating within the knee joint fluid.

The patella or kneecap can get dislocated and move outside the knee joint causing a visual deformity and is usually associated with a lot of pain.

The illio-tibial band is a thick fibrous band that arises from beyond the hip joint and terminates outside of the knee joint. This syndrome occurs when this band becomes so tight that it rubs against the thigh bone, the femur. Marathon runners and cyclists are especially susceptible to illio-tibial band syndrome.

Hip or foot pain can cause a change in your gait in order to put a lesser strain or reduce the pain in these joints. This can in turn put a strain on the knee joint and cause pain. Also, at times pain in the foot or hip joint can cause referred pain at the knee joint.

Arthritis, broadly defined as a condition causing inflammation of the joints and stiffness, is of over a hundred types. Arthritis commonly manifests after the age of sixty five years, though it can present in children, teenagers or young adults. Arthritis is more common in women than men, and is more common among obese individuals.
Symptoms of arthritis include pain, restricted range of movement, along with redness or swelling in some cases. The kinds of arthritis most often affecting the knee joint include:

Also known as degenerative arthritis, osteo-arthritis is the most common type of arthritis. It mostly affects the knee joint, and is due to wear and tear of the cartilage, causing painful movements and stiffness.

Although gout usually affects the big toe, it is also seen in knee joint. Gout is a metabolic disorder causing accumulation of a metabolic product, uric acid as crystals within the joint fluid.

Pseudo-gout mimics gout in its presentation and is due to deposits of calcium crystals within the joint cavity. Pseudogout most often affects the knee joint.

Infection of the knee joint can cause pain, swelling and restricted movement. There is associated fever and usually has a rapid progression causing extensive damage to the cartilage.

Patello-femoral syndrome refers to the pain that arises between the thigh bone (femur) and the kneecap (patella). It is seen in athletes, older patients due to arthritis or due slight malalignment.

3.What are the risk factors associated with knee pain?

Being overweight or obese causes an incresed strain on your knee joint during daily activities like walking or using the stairs. It also increases the risk of developing arthritis as you age.

Jobs that require repetitive stress on the knee joint such as construction or farming can result in knee pain. Sports like basketball requiring pivoting, skiing that can lead to falls also increases the risk of knee pain.

Having had a previous injury makes you more likely to have knee injury and pain.

4.What are the complications of knee pain?

Having knee pain is not indicative of a serious underlying cause in most cases, and can be alleviated by giving it adequate rest or physiotherapy. However, chronic conditions like osteo-arthritis can cause prolonged or severe pain leading to disability or joint damage.

5.What are ways to prevent knee pain?

Every extra kilogram of weight increases the strain on your weight bearing joints, leading to an increased risk of injury or osteo-arthritis. Keeping off excess weight is the best thing you can do for your knees.

If your job or participation in sports has certain demands, ensure that you prepare your muscles for the same. If needed, work with a trainer to perfect your technique.

Ensure that your technique and movement are proper when you practise sports or exercise. Use professional help if required.

The hamstrings and quadriceps are the groups of muscles that support the knee joint. When you exercise, always stretch these muscles to avoid stiffness and improve flexibility. Balance and stability training greatly helps preventing knee injury.

If you are suffering from chronic pain, developing recurring injuries, or showing the first signs of osteo-arthritis, switch to low impact exercises such as swimming or water aerobics until you get better. This allows time for your knees to heal and improve your strength.

6.How is the cause for knee pain diagnosed?

When you approach a doctor with knee pain, evaluation includes a physical examination, followed by radiological examination and blood tests if needed.

During the physical, the doctor will:

A computerized tomography scan, or a CT scan, is the equivalent of hundreds of X-Rays taken at multiple angles and directions to create cross-sectional images of the area of interest. A CTscan can pick up subtle fractures, degenerative changes or even deposits within the joint cavity before manifestation of arthritis.

An ultrasound uses sound waves to produce images of the soft tissues in and around the knee joint. This helps pick up signs of inflammation or soft tissue injuries.

MRI uses radio waves and magnetic waves to create 3D images of the knee joint. This helps in revealing injuries of the tendons, ligaments, cartilage or muscles.

Blood tests can help diagnose metabolic causes for arthritis such as gout or pseudogout. Another procedure known as arthrocentesis, involves aspirating minute quantities of the fluid within the knee joint for laboratory evaluation.

7.How is knee pain treated?

The treatment options for knee pain vary from conservative physiotherapy, medications to surgery.

When is knee replacement surgery advised?

Osteoarthritis: It is the most common indication for knee replacement.

Deformities: People presenting with conditions such as bow legs or knock knees may be due to congenital conditions or improper fixation post fractures. Restoration of function and posture can be achieved by knee replacement.

Knee injuries: Fractures or ligament tears beyond repair may require replacement of the joint for relief of symptoms.

This involves removing parts of the shin bone (tibia), thigh bone (femur) and the kneecap (patella) and are replaced by an artificial joint made using metal alloys and polymers.

This involves the replacement of the under-surface of the kneecap and the groove it sits on. It is an effective solution for patients suffering from chronic patellar arthritis.

This procedure is performed in cases of severe arthritis or patients who have had knee replacement surgeries earlier.

Knee damage only involving the cartilage can be addressed by living cartilage graft or cells which grow into cartilage. This has been shown to give promising results in some patients.

8.What are the home remedies for knee pain?

Here are a few things you can do to relieve your knee pain:

9.What are alternative medicine therapies recommended for knee pain?

These are supplements that studies have shown mixed results on their effectiveness in relieving osteo-arthritis. Chondroitin is a component of bone and cartilage. Chondroitin sulphate, derived from an animal source, is believed to enhance the shock absorbing properties of collagen and prevents enzymatic breakdown of collagen. Glucosamine produced in the body, provides natural building blocks for collagen. Like chondroitin, glucosamine helps lubricating joints, helps collagen retain water and prevents breakdown.

Acupuncture may help relieve knee pain in osteo-arthritis. Although results have been mixed in various studies, it has been practised. Local needling at the site of inflammation engages the inflammatory agents through the release of histamine.

Q.  What kind of doctor should I see for my knee pain?

Q.  What can cause pain in the back of the knee?

Q.  Is walking good for the knee?

Q.  How do you reduce fluid in the knee?

Q.  Other than knee pain, what are the symptoms of knee injuries?

Q.  What exercises are best for strengthening the knee joint? 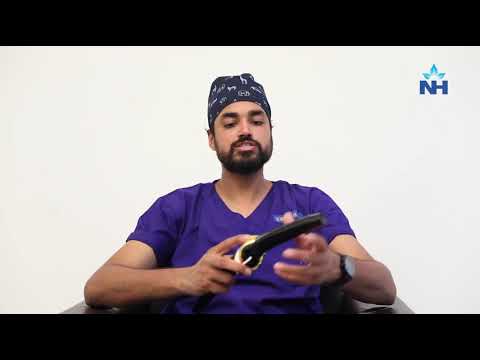 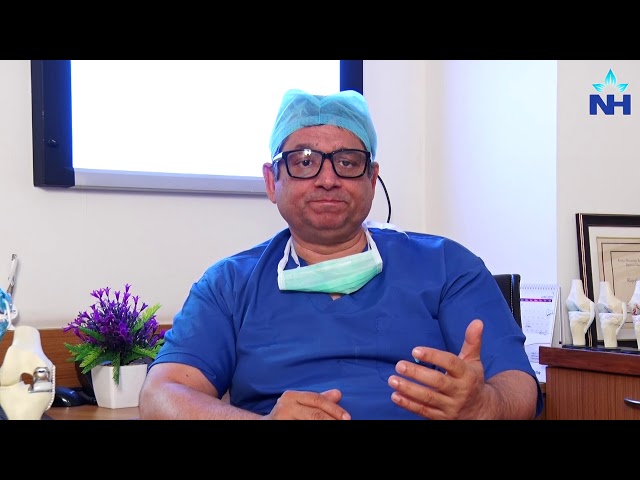 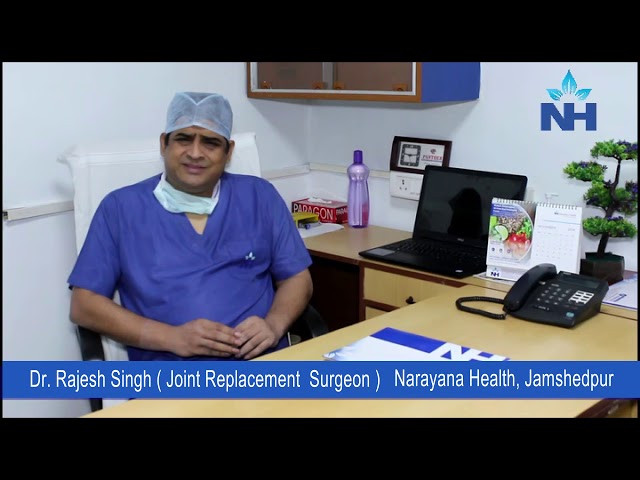 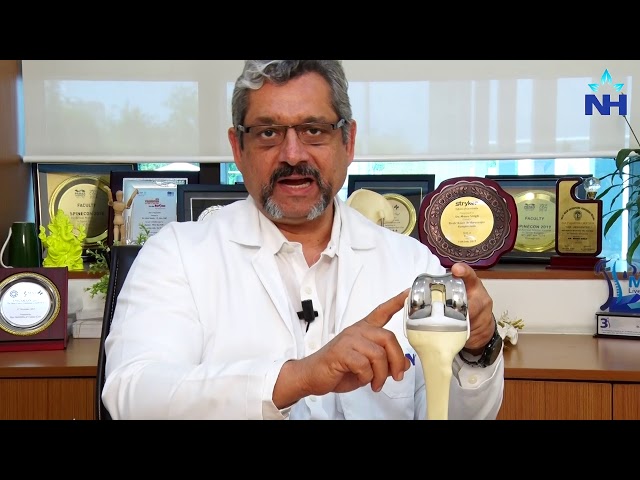 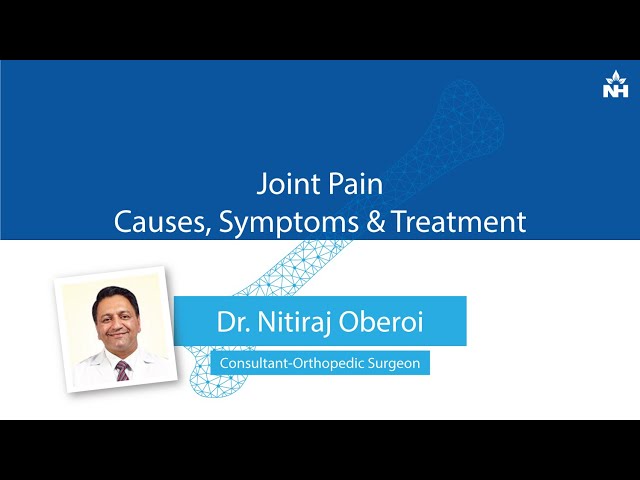 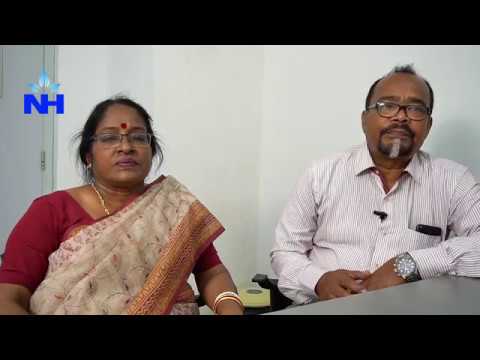 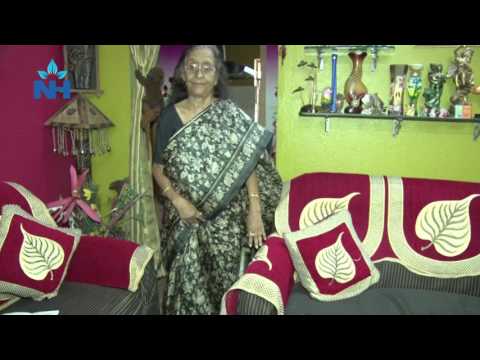 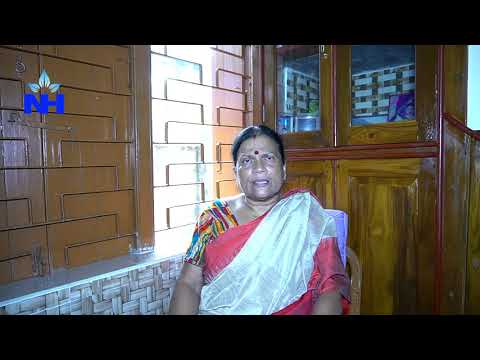