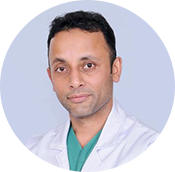 Dr. Shreesha Maiya is a consultant Paediatric Cardiologist and Electrophysiologist at Narayana Institute of Cardiac Sciences, Bangalore. He has more than a decade of experience in paediatric care and specialises in treating congenital heart diseases and paediatric electrophysiology.

The doctor has worked in numerous hospitals in the UK, including the Great Ormond Street Hospital and The Royal Brompton Hospital. During his time, he has worked on numerous medical cases received extensive experience in performing paediatric electrophysiology, treating congenital diseases and working closely with cardiac surgeons and intensive care specialists.