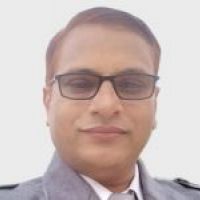 Dr.Deka joined Narayana Health Guwahati in August 2013 to open a new chapter in cardiac Surgery in the North Eastern part of India.

Prior to this assignment he had worked in various capacities in different hospital in eastern part of India (kolkata). He was a staff Cardiac surgeon in Suraksha hospital (Salt Lake kolkata in 2002). He worked as a Consultant in Rabindranath Tagore International Institute of Cardiac Sciences (RTIICS) kolkata for 2003 to 2011. During this stay the instituted grew leaps & bounds. For a brief prior he worked as a consultant Cardiac Surgeon in 2012 in Medica Superspeciality hospital Kolkata. During the later part of the year, he moved to Guwahati to initiates & Proceed to start a new Cardiac surgery unit in Narayana Superspeciality hospital, Guwahati. During his 5 year stay he performed various cardiac Surgery procedure in adults and younger age groups. He had performed various surgical procedures CABG, Valve replacement, Combined operations, Congenital Heart procedure, thoracic & Vascular Surgery. He then moved to Indraprastha Apollo Hospital (2019-2021), Delhi for 2 years approx as a Consultant Cardiac surgeon. Later he rejoined Narayan Superspeciality hospital to play his second innings to bring the glory of narayana health

As a Cardiac surgeon he has been associated with more then 16000 cardiac surgical procedure & has performed more then 6000 cardiac operation with a very good result as per International standards.