Giddiness and Dizziness: Diagnosis and treatment of frequent fainting

Giddiness or dizziness is the feeling of being unbalanced and lightheaded. One might feel woozy or have the disorienting feeling of the surroundings spinning, reeling or moving. One might also feel faint or like one is about to faint. Giddiness is sometimes accompanied by nausea or vomiting. While giddiness can affect a person severely, it is not an independent medical condition but often a symptom of some other underlying condition. This underlying condition could be something as simple as overexertion or as serious as a stroke. Most often it is caused by neurological or inner ear issues.

Some of the most common causes of frequent giddiness are:

Low blood sugar is called hypoglycemia. A blood sugar reading of less than 70 mg/dL is considered low and can cause dizziness or lightheadedness. The causes for hypoglycemia are varied but it can be a potentially very serious event and should be treated by a qualified medical professional immediately.

This condition is one of the most frequently seen causes for the feeling of giddiness. It is the condition when the patient experiences a spinning sensation with mild to severe giddiness. The spinning sensation is called vertigo. Any change in the position of the patient’s head can trigger the sensation. It can also be caused by lying down, sitting up or turning over in bed. BPPV is caused by problems with the inner ear.

The inner ear has tubes or canals that are filled with fluid that moves in accordance with the person’s head rotation movements. The canals also have hair-like sensors that detect movement in the fluid thus telling the brain about the person’s position. The ear also has Otolith Organs that have crystals that are sensitive to gravity and can detect the up and down, back and forth as well as the right and left movements of the person. When these crystals get dislodged they tend to move to the fluid containing canals. This confuses the body’s mechanism for sensing movement and sends confusing signals to the brain causing the spinning sensation of vertigo.

Circulatory problems can be a cause of giddiness. When there is a problem with the circulation of blood within the body, the blood supply and consequently the oxygen supply to all the parts of the body are reduced. Heart muscle disease or problems such as Tachy Brady syndrome can cause dizziness or giddines. Such underlying problems should be immediately treated by a qualified medical professional.

Anemia is the term used to describe low levels of red blood cells (RBC) in a person’s body. It is measured by checking the haemoglobin count of a person. When the RBC count is too low it reduces the oxygen-carrying capacity of the blood thus decreasing the amount of oxygen that is being supplied to the rest of the body causing dizziness.

This is a common yet bothersome reason behind episodes of giddiness. Motion sickness occurs in some people when they travel either by boat, car, air or train. It makes a person feel woozy, nauseous and giddy.

Dehydration is the condition when a person’s fluid loss is more than the intake. When there is too much water loss the body finds itself unable to function normally and giddiness is one of the symptoms.

Over Exertion Or Excessive Exercise:

While getting adequate exercise is always a good thing, too much of it can cause problems. One of the signs of excessive exercise is episodes of giddiness.

The symptoms of migraines vary from person to person. Some people suffer from migraines that are accompanied by dizziness and lightheadedness.

Head injuries can cause a host of symptoms and problems. However, giddiness is a very common symptom in head injury patients. It should not be taken lightly and one must immediately seek the attention of a qualified medical professional.

A Stroke is caused when the blood supply to the brain is disrupted in some way. Sometimes, the onset of a Stroke is gradual and one amongst the symptoms is giddiness. It is a potentially dangerous condition that should be immediately treated by a qualified medical professional.

Neurological issues such as Multiple Sclerosis or Parkinson’s exhibit giddiness as one of the symptoms.

Vestibular Neuritis is the condition of inflammation of the vestibular nerve whereas Labyrinthitis is the inflammation of both the vestibular nerve and cochlear nerve. Since the vestibular nerve transmits information about balance to the brain it causes only vertigo symptoms. The cochlear nerve transmits hearing information and therefore Labyrinthitis causes both Vertigo as well as hearing problems and ringing in the ears. Both the conditions can be accompanied by nausea, vomiting and concentration problems. Most Vestibular Neuritis cases are caused by viral infections while some can be the result of bacterial infections too.

When a person has anxiety disorders one of the common symptoms is a feeling of giddiness. The types of disorders and the triggers are varied from individual to individual.

Exposure to excessive heat or physical exertion in high temperatures causes the body to overheat. This can cause a serious condition of heatstroke when the body temperature goes above 104 F (40 C) or higher. This is most likely to occur in summer and starts with symptoms of giddiness. It is an emergency situation that requires immediate medical attention.

3.Giddiness and its link to Tachy Brady syndrome

Tachy Brady Syndrome is the name that is used to refer to Tachycardia Bradycardia Syndrome which is a heart condition that is a type of Sick Sinus Syndrome (SSS). The SSS type of disorders are caused by the malfunctioning of the Sinus Node in the heart which controls the pace of one’s heartbeat. When the Sinus Node malfunctions the heart does not beat properly and exhibits different types of issues with the heart rate called Arrhythmias.

This causes improper flow of blood to the rest of the body which causes fatigue, giddiness and even fainting in some cases. It is usually seen to occur in people who have experienced Atrial Fibrillation. The most common symptoms for this condition are dizziness and palpitations.

Giddiness presents with some or all of the following symptoms:

5.Should you consult a doctor?

Giddiness is not an issue by itself but is often a symptom of an underlying health issue. When it occurs very frequently or over longer periods of time, it could indicate an underlying health issue for which one should consult a qualified medical professional. When giddiness is accompanied by the following symptoms one should see a qualified medical professional immediately.

Frequent dizziness or giddiness is not a condition by itself but is often a symptom of an underlying condition. Therefore, when you consult a doctor you will be questioned about your episodes of dizziness as well as your medical history. Your doctor will want to know

The doctor will have to investigate and diagnose any underlying giddiness reasons. This may include a physical exam, eye and ear examinations, balance tests and neurological tests. If it is warranted, CT or MRI scans may be recommended to rule out neurological issues.

Benign Paroxysmal Positional Vertigo (BPPV) can be treated by Epley’s Maneuver which is a series of movements that cause the crystals in the ear to be dislodged from the ear canals thus resolving vertigo. This can be performed at home without the need for any equipment. Two other exercises that are not as well known are Semont-Toupet Maneuver and the Brandt-Daroff exercise which can also be done at home. The Brandt-Daroff exercise sometimes makes a person feel dizzier for a short while after the exercise and adequate precautions must be taken. Sometimes BPPV requires medication to be resolved. This would include anticholinergics, antihistamines or sleep aids. It can also recur even after being successfully treated. If BPPV is accompanied by vision or speech problems it could indicate another underlying problem that would need further investigation and treatment. Some studies have shown that BPPV symptoms get worse in some patients if they also have a Vitamin D deficiency. Treating this deficiency with supplements and dietary means has helped reduce the severity of BPPV.

The giddiness that is caused by Meniere’s disease can be resolved by maintaining a healthy low sodium diet with medications or ear surgery if required. Taking adequate quantities of Vitamin C can help patients suffering from Meniere’s disease.

Simple measures to maintain a healthy intake of food and water is the best giddiness treatment for symptoms caused by dehydration, exertion, anemia and heat. Migraines, neurological and anxiety related giddiness problems can be treated through appropriate medication and lifestyle changes. Stress relief and balance improvement practices such as yoga and Tai Chi also help. Some people have found great relief through acupuncture. Bacterial and viral infections of the inner ear will be treated suitably by the consulting doctor.

Dizziness caused by medication would require an adjustment in the dosage or in severe cases, a change of medication altogether. This would have to be done in consultation with the treating doctor.

It is also advised to avoid salt, caffeine, tobacco and alcohol as these could make the dizziness worse. One should be aware of and avoid triggers for giddiness episodes.

8.What to do while feeling giddy?

The very first thing that one should do when feeling dizzy is to sit or lie down immediately and then call for help. One should rest until one is feeling stable. This will be an important measure to prevent serious injuries caused by falling as a result of losing one’s balance.

If the giddiness is caused by heat or overexertion, one should rest in a cool place and drink water. Any severe episode of giddiness and nausea warrants a period of lying down and rest.

One should absolutely avoid operating any machinery or driving if one is prone to spells of dizziness.

If one is prone to frequent giddiness , it makes sense to use a walking stick or cane. Using handrails when they are available, especially when using stairs is a sensible thing to do to avoid falls.

Ask your doctor for over the counter medication to be taken when one experiences nausea with dizziness. These medications sometimes have the tendency to cause drowsiness and may not be suitable for people who need to be active after taking the medication.

9.Giddiness FAQs: All your concerns addressed

Q.  Are vertigo, giddiness and dizziness the same?

Q.  Can I live a normal life with giddiness?

Q.  Why do I feel giddy when I suddenly stand up or get out of bed?

Q.  What is the treatment for Giddiness?

Q.  Can allergies cause dizziness?

Q.  What medicine is good for dizziness?

Q.  When should you worry about dizziness?

Q.  How long can vertigo last?

Q.  Should I go to the hospital for dizziness?

Q.  What are the home remedies for vertigo?

Q.  What are the therapies used for the treatment of dizziness?

Q.  What to expect during your appointment?

Q.  What are the surgical methods of treating vertigo? 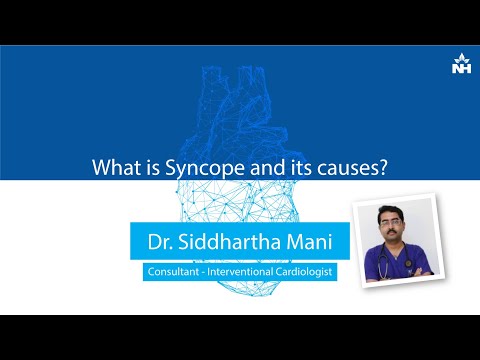 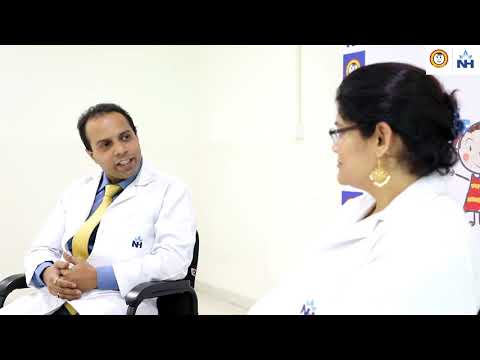