Gallstones and other Gallbladder diseases: Understanding Prevention, Treatment and Diagnosis

The Gallbladder is a small pouch like organ that stores the bile that is produced by the liver. The digestive fluid, also referred to as gall is required for the digestion of fats in food. Produced by the liver, the digestive fluid flows through little vessels into the larger internal organ ducts and ultimately through the cystic duct (parts of the biliary tree) into the bladder, where it is stored.

At any one time, 30 to 60 milliliters of bile is stored within the gallbladder. When food containing fat enters the canal, it stimulates the secretion of cholecystokinin (CCK) from I cells of the small intestine and small intestine. In response to cholecystokinin, the bladder rhythmically contracts and releases its contents into the common canal, eventually exhausting into the small intestine. The bile emulsifies fats in partly digested food, thereby assisting their absorption. Bile consists primarily of water and digestive fluid salts, and also acts as a means of eliminating bilirubin, a product of hemoglobin metabolism, from the body.

The most common symptom of a gallbladder problem is a sharp pain in the mid- to upper-right section of your abdomen. It will be delicate and intermittent, or it can be quite severe and frequent. In some cases, the pain will begin to radiate to different areas of the body, as well as the rear and chest.

Nausea and physiological reactions are common symptoms of all kinds of bladder issues. However, solely chronic bladder illness might cause biological process issues, such as acid reflux and gas.

Chills or an unexplained fever might signal that you may suffer from some degree of gall bladder infection. If you have got an infection, you need treatment before it worsens and becomes dangerous.

If your bowel movements are constantly erratic and excessive for more than three months, this could also be proof of chronic bladder illness.

Yellow-tinted skin, or jaundice, is also a symbol of gallstones or block within the common channel. The common channel is the channel that leads from the bladder to the little gut.

Gallstones develop when substances in the bile (such as cholesterol, bile salts, and calcium) or substances from the blood (like bilirubin) form hard particles that block the passageways to the gallbladder and bile ducts. Gallstones also tend to form when the gallbladder doesn’t empty completely or often enough. They can be as tiny as a grain of sand or as massive as a golf ball.

Numerous factors contribute to your risk of gallstones. These include:

Cholecystitis is the most common kind of gallbladder disease. It presents itself as either acute or chronic inflammation of the bladder.

Acute cholecystitis is generally caused by gallstones but it may also be the result of tumors or various other illnesses. It may present as a pain within the upper right portion or upper-middle portion of the abdomen. The pain tends to occur right after a meal and ranges from sharp pangs to dull aches that can radiate to your right shoulder. Acute cholecystitis can also cause:

After many attacks of acute inflammation, the gallbladder can shrink and lose its ability to store and release bile. Abdominal pain, nausea, and vomiting may occur. Bladder surgery is often needed in treatment for chronic cholecystitis.

Acalculous bladder disease is an inflammation of the bladder that happens in the absence of gallstones formation. Having a significant chronic illness or serious medical condition has been shown to trigger this disease.

Symptoms are similar to acute cholecystitis with gallstones.

Some risk factors for the condition include:

It is a disorder of the gallbladder where the motility of the gallbladder may be affected. In such a scenario, the bile is unable to move in the right direction through the biliary tract. It usually presents itself as pain in the upper right quadrant of the abdomen as well as nausea, bloating, and indigestion.

Your doctor may need to use a test called a HIDA scan to help diagnose this condition. This test measures the gallbladder function. If the gallbladder can only release 35 to 40 percent of its contents or less, then biliary dyskinesia is usually diagnosed.

Ongoing inflammation and damage to the bile duct system can lead to scarring. This condition is referred to as sclerosing cholangitis. However, it’s unknown what exactly causes this disease. Nearly half the people with this condition don’t have symptoms. If symptoms do occur, they can include:

Approximately 60 to 80 percent of people who suffer from this condition also have ulcerative colitis. Currently, the only known cure for it is a liver transplant.

Cancer of the Gallbladder is a comparatively rare kind of cancer, they can be difficult to treat because they’re not often diagnosed until late in the disease’s progression. Gallstones are a standard risk factor for bladder cancer. The cancer typically spreads from the inner walls of the bladder to the outer layers then it spreads to the liver, lymph nodes, and other organs. The symptoms of gallbladder cancer may be similar to those of acute cholecystitis.

Gallbladder polyps refers lesions or growths that occur at intervals the bladder. They’re usually benign and have no symptoms. However, it’s often recommended to have the gallbladder removed for polyps larger than 1 centimeter. They have a greater chance of being cancerous.

Gangrene of the gallbladder

Gangrene can occur when the gallbladder develops inadequate blood flow. This is one of the most serious complications of acute cholecystitis.

Factors that increase the risk of this complication include:

The symptoms of gallbladder gangrene can include:

Abscess of the gallbladder

The abscess of the bladder results once the bladder becomes inflamed with pus. Pus is the accumulation of white blood cells, dead tissue, and microorganisms. Symptoms may include upper right-sided pain in the abdomen along with fever and shaking chills. This condition can occur during acute cholecystitis when a gallstone blocks the gallbladder completely, allowing the gallbladder to fill with pus. It’s more common in people with diabetes and heart disease.

To diagnose bladder problems, your doctor will look at your case history and perform an abdominal exam. This will include checking for pain within the abdomen. One or more of the following tests and procedures may be used:

A list of symptoms you’re experiencing and any personal or family history of gallbladder disease is important. A general health assessment may also be performed to determine if there are any signs of long-term gallbladder disease.

Your doctor might physically examine abdominal passage looking for what’s noted as “Murphy’s sign.” During this test, your doctor will put their hand on your abdomen over the area of the gallbladder. They’ll then ask you to take a breath while examining and feeling the area. If you're feeling sharp or stabbing pain, it suggests you may have gallbladder disease.

An ultrasound uses sound waves to produce images inside your body. An ultrasound will inspect the bladder for the presence of gallstones, thickened walls, polyps, or masses.

Other imaging tests, such as a CT and MRI scan, can also be used. Blood tests are also done to check for increased white blood cell counts and abnormal liver function.

Endoscopic retrograde cholangiopancreatography (ERCP) is a more invasive but useful test. A flexible camera is inserted into the mouth and down past the stomach into the small intestine. Contrast dye is injected to show the bile duct system with a specialized X-ray. ERCP is an especially useful test if a blockage due to gallstones is suspected. Any gallstone that is causing blockage can often be removed during this procedure.

Since certain health conditions increase the risk of gallstone formation, changes in lifestyle may help manage gallbladder disease in people without symptoms. Being overweight and having a polygenic disorder will increase the probability of gallstones. Losing weight and getting good control over diabetes may help lower your risk. However, speedy weight loss may also trigger concretion formation. Talk to your doctor regarding safe ways. Increasing physical activity additionally seems to decrease concretion formation together with lowering high triglycerides, a type of fat in the blood. It’s often recommended to quit smoking and limit alcohol intake as well.

Over-the-counter medications like ibuprofen (Advil) and naproxen (Aleve) may not be used as often due to the increased risk of nausea and vomiting. If you’re dehydrated, anti-inflammatory drugs may also cause severe kidney issues. Most people have difficulty managing the pain and its accompanying symptoms at home.

Surgery is generally recommended to get rid of your bladder problems if you suffer from multiple episodes of inflammation. Gallbladder surgery continues to be the foremost effective technique for treating bladder problems. The surgery can be done either by opening your abdomen with an incision, or laparoscopically. This involves making several minute holes through the abdominal wall and inserting a camera. Laparoscopic surgery allows for faster recovery.

If diarrhea is continuing after surgery for more than two weeks, talk to your doctor. Depending on other symptoms, you may require follow-up testing.

The gallbladder may form an abnormal passageway, or fistula between the gallbladder and the intestine to help process the liver’s bile. This is most often a complication of chronic inflammation related to gallstones.

When a concretion blocks the duct wherever digestive fluid moves from the bladder, it can cause inflammation and infection in the gallbladder. This is known as acute cholecystitis. It is a medical emergency. The risk of developing acute cholecystitis from symptomatic gallstones is 1 to 3 percent.

Symptoms associated with acute cholecystitis include:

See a doctor straight away if these symptoms last over one to two hours or if you've got a fever.

Untreated gallstones may cause complications such as:

Certain risk factors for gallbladder disease, such as sex and age, can’t be changed. However, your diet may play a role in developing gallstones. According to the National Institute of Diabetes and Digestive and Kidney Diseases (NIDDK), foods high in fiber and healthy fats may help prevent gallstones.

Refined grains (found in syrupy cereals and polished rice, bread, and pasta) and syrupy sweets square measure related to a better risk of bladder sickness. Whole grains like brown rice and whole wheat bread and fats from fish and olive oil are all recommended.

The earlier gallbladder problems are recognized and treated, the less likely significant complications will occur. It’s important to talk to your doctor if you’re experiencing any signs or symptoms of gallbladder disease.

To help improve your condition and cut back your risk of gallstones, strive these tips:

8.Road to Recovery and Aftercare

You must be very careful with your diet after gallstone removal as your body will not be able to digest fats well. It is recommended to stick to a liquid diet for a week or two and then introduce solids back into your diet. When you do so, you have to stick to a low-fat diet. Stay away from fried foods and gas-forming foods. Keep away from spicy foods to avoid stomach bloating and abdominal pains.

Gallbladder removal, like any surgery, requires recovery time. Typical rest time when major abdominal surgery is six weeks, throughout that strenuous exercise ought to be avoided. Consult your doctor before starting any exercise routine when your bladder surgery.

Q.   What Are the Symptoms of Gallstones?

Q.   Can gallstones kill you?

Q.   Is alcohol bad for gallstones?

Q.   Can gallstones cause liver damage?

Q.   Can gallstones come back after the gallbladder is removed?

Q.   What can I expect after Gallbladder removal?

Q.   What are the long term side effects of gallbladder removal?

Q.   Can having your gallbladder removed cause you to lose weight?

Q.   Can gallstones go away without surgery?

Q.   What happens after gallbladder removal?

Q.   Do I need to change my diet after gallbladder surgery?

Q.   When to Seek Medical Care for Gallstones?

Q.   Are there any non-surgical treatments for gallstones?

Q.   How do you treat gallstones naturally?

10.Stories of hope: hear from our patients 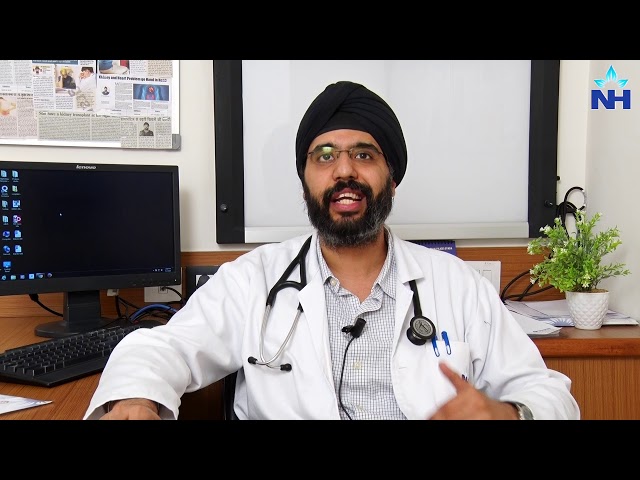 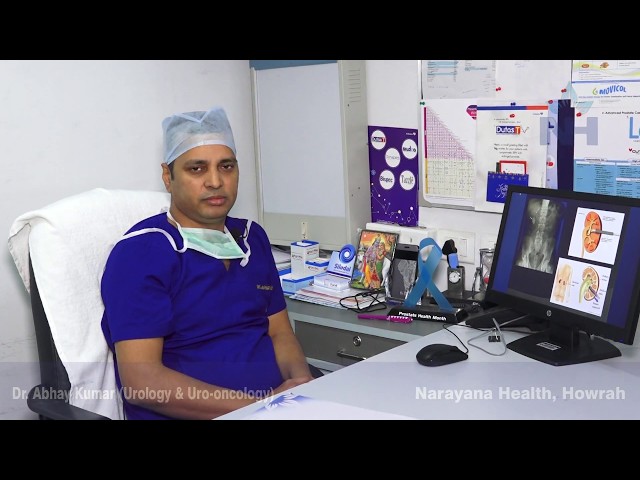 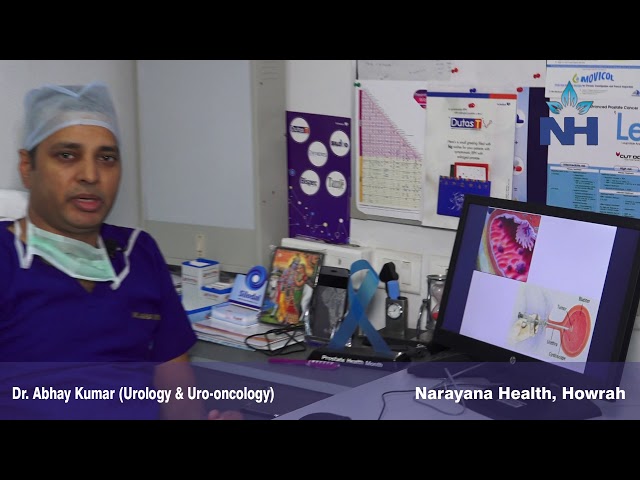 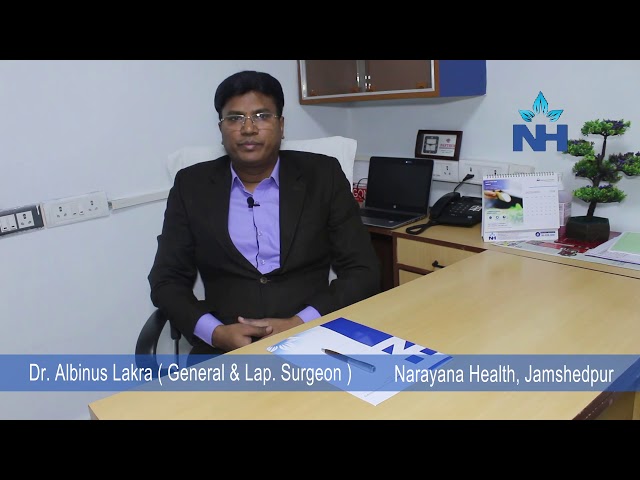 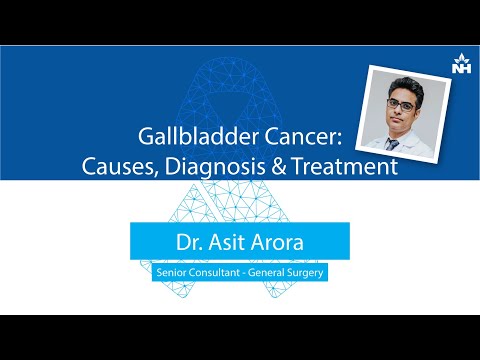 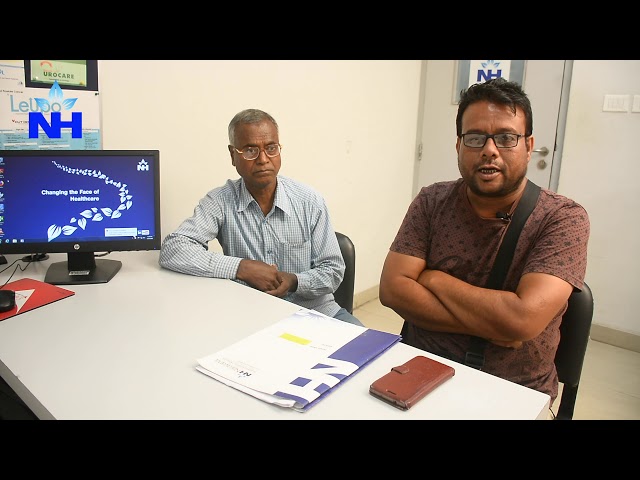 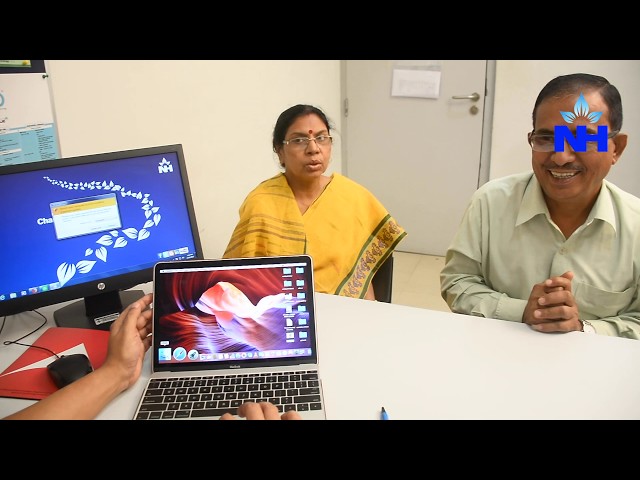