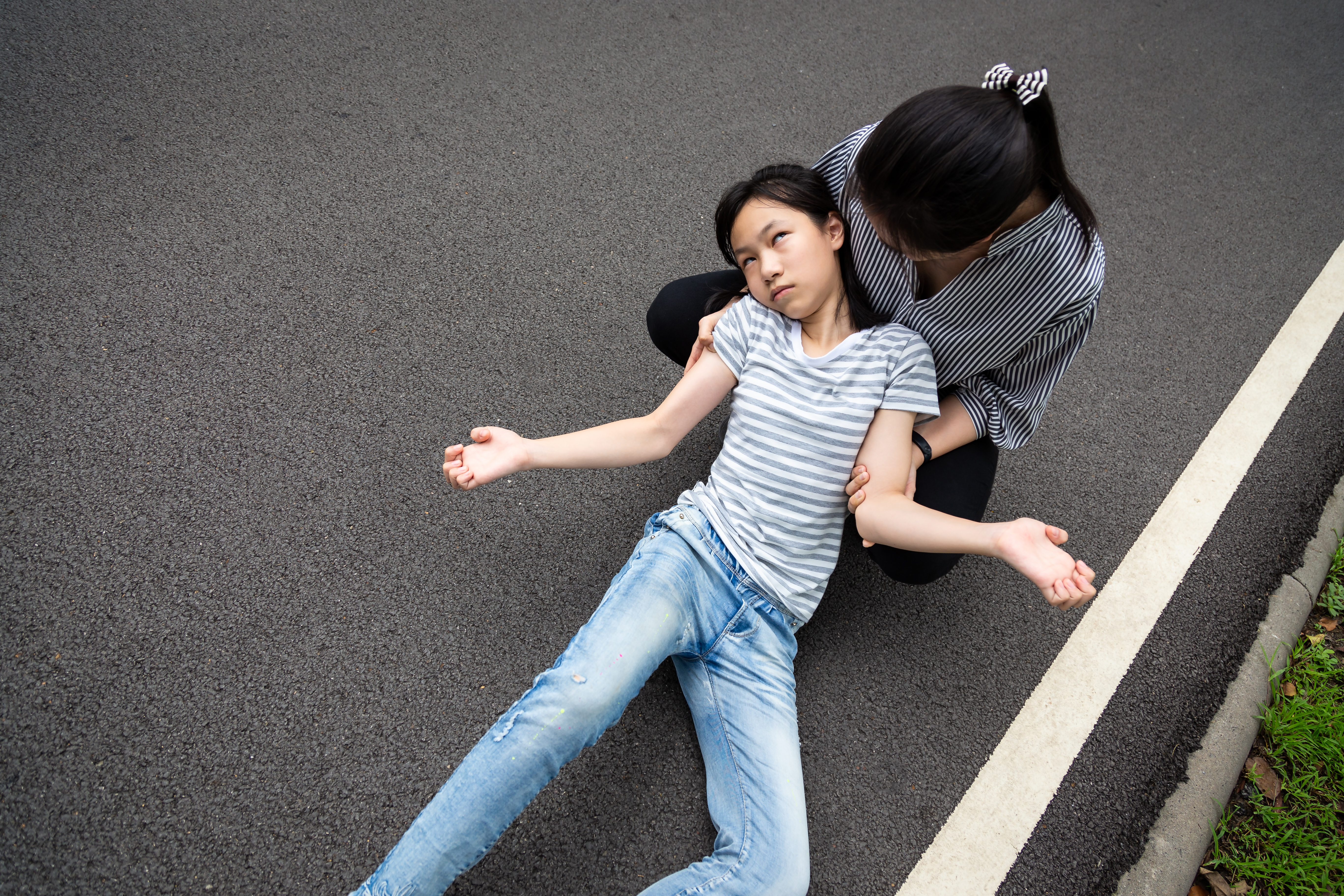 Epilepsy meaning - Epilepsy, commonly known as fits disease, is a disorder of the central nervous system in which the brain shows abnormal behavior that results in recurrent and unprovoked epileptic seizures. This neurological disorder is chronic and it’s identified as seizures occurring without any indication of a known or reversible medical condition like alcohol withdrawal or low blood sugar. Having a series of two unprovoked seizures is considered to be symptoms of epilepsy in which case a doctor should be consulted immediately.

Anyone can develop epileptic fits. But epilepsy disease is generally seen in people who have gone through a brain injury or have inherited it from their family. The right cause of epilepsy is often not exactly known.

What is a Seizure?

A seizure by definition refers to the sudden rush of electrical activity in the brain. Seizures symptoms can vary greatly but many people who face any epileptic attack may have more than one type of seizure. Mild seizures may even be difficult to recognize as the only symptom is a lack of awareness for a few seconds. Stronger seizures lead to muscle spasms and untrollable twists in the muscle. They also cause confusion and patients may lose consciousness with no memory of the incident later.

Epilepsy and seizure are by definition not the same. Seizures refer to a single occurrence of fits whereas epilepsy definition is the recurrent and unpredictable incidents of seizures. 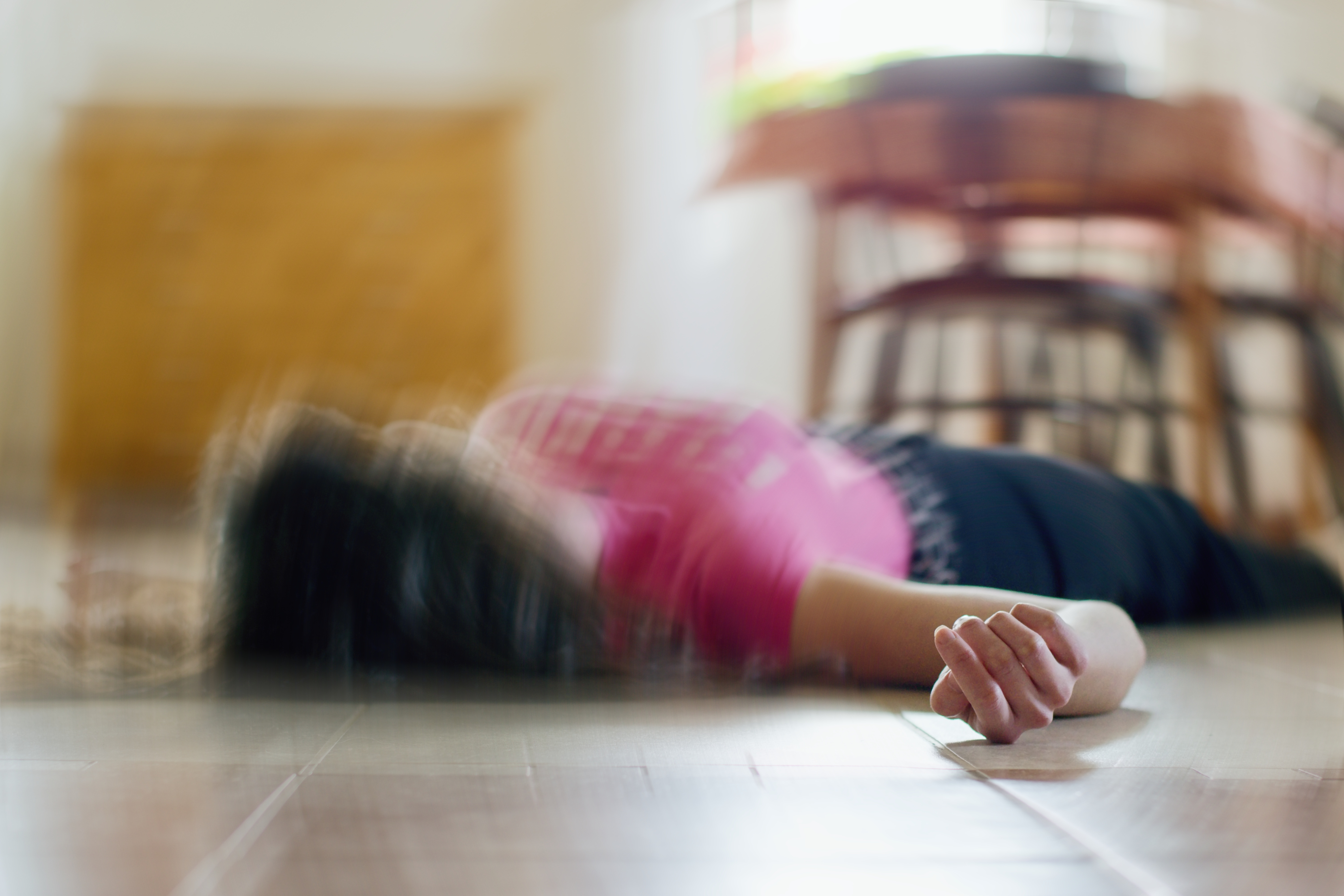 Unpredictable seizures are the main epilepsy symptoms. But symptoms of fits can vary on a case-by-case basis depending on the particular type of fits. The different types of epilepsy along with their respective symptoms are given below:

Seizures are classified as

Focal when seizures begin one area of brain and remain in one side of the brain.The term Focal has replaced the previous term Partial. Focal onset seizures are subdivided into those with retained and impaired awareness. Focal aware seizures correspond to the old classification as ‘’simple partial seizures” and focal impaired awareness seizures to the previous designation “complex partial seizure. Awareness means consciousness in new definition. Focal onset seizures further classified as motor versus non-motor. A seizure that starts focally and then spreads to bilateral tonic clonic movement is called a focal to bilateral tonic-clonic seizure, corresponding to the old phrase “secondarily generalized tonic-clonic seizure”

Focal epilepsy is the type of seizure when the abnormal activity originates from only one area of the brain. Further classification of seizures that occur partially are:

when the clinical or EEG findings suggest onset in both hemispheresof brain . Generalized onset seizures are categorized as motor and non-motor (absence) seizures. The generalized onset tonic clonic seizure, colloquially referred to as “grand mal,” has retained its place in new classification. There are six main types of seizures disease:

● Absence seizures: One of the most common types of seizures in children, absence seizures were previously known as petit mal seizures. Fits in children caused by this disorder often occur in clusters and show the following symptoms:

● Tonic seizures: This type of seizures cause stiffness of the muscles. This generally affects the muscles at your arms, legs, and back. These epilepsy fits are so strong that they may cause the patient to fall down due to a lack of muscle movement.

● Atonic seizures: Atonic seizures show fits disease symptoms in adults in which case, there occurs a complete loss of muscle control leading to the patient suddenly collapsing and falling down.

● Clonic seizures: Such types of seizures are associated with repetitive or rhythmic jerking movements of the body muscles. This generally affects the neck, face, and arms.

● Myoclonic seizures: Myoclonic epilepsy usually occurs with sudden brief jerks of the body muscles that cause unpredictable and involuntary twitching in the arms and legs.

● Tonic-clonic seizures: One of the most dramatic types of epileptic seizures, various unprovoked incidences can take place on its occurrence. Previously known as grand mal seizures, the symptoms include:

Certain environmental factors have been known to trigger epilepsy. Such triggers are often not easy to identify. The most commonly reported triggers that are known to cause fits in children and adults are:

A single incident does not always mean that it is a seizure trigger. It is often a combination of numerous factors. The best way to find out is by keeping a seizure journal and noting down important points about the environment and conditions that lead to fits every time. The points that one should note in the journal are as follows:

It is considered that for more than half of the people with epilepsy, the actual cause of the disease cannot be identified. The several most common epilepsy causes that have been known are:

The exact cause or trigger of epilepsy has not yet been understood by doctors, but there are certain factors that increase the risks of epilepsy. They are:

Total prevention of epilepsy is not possible but certain habits can help reduce the incidences of epileptic seizures. They include: 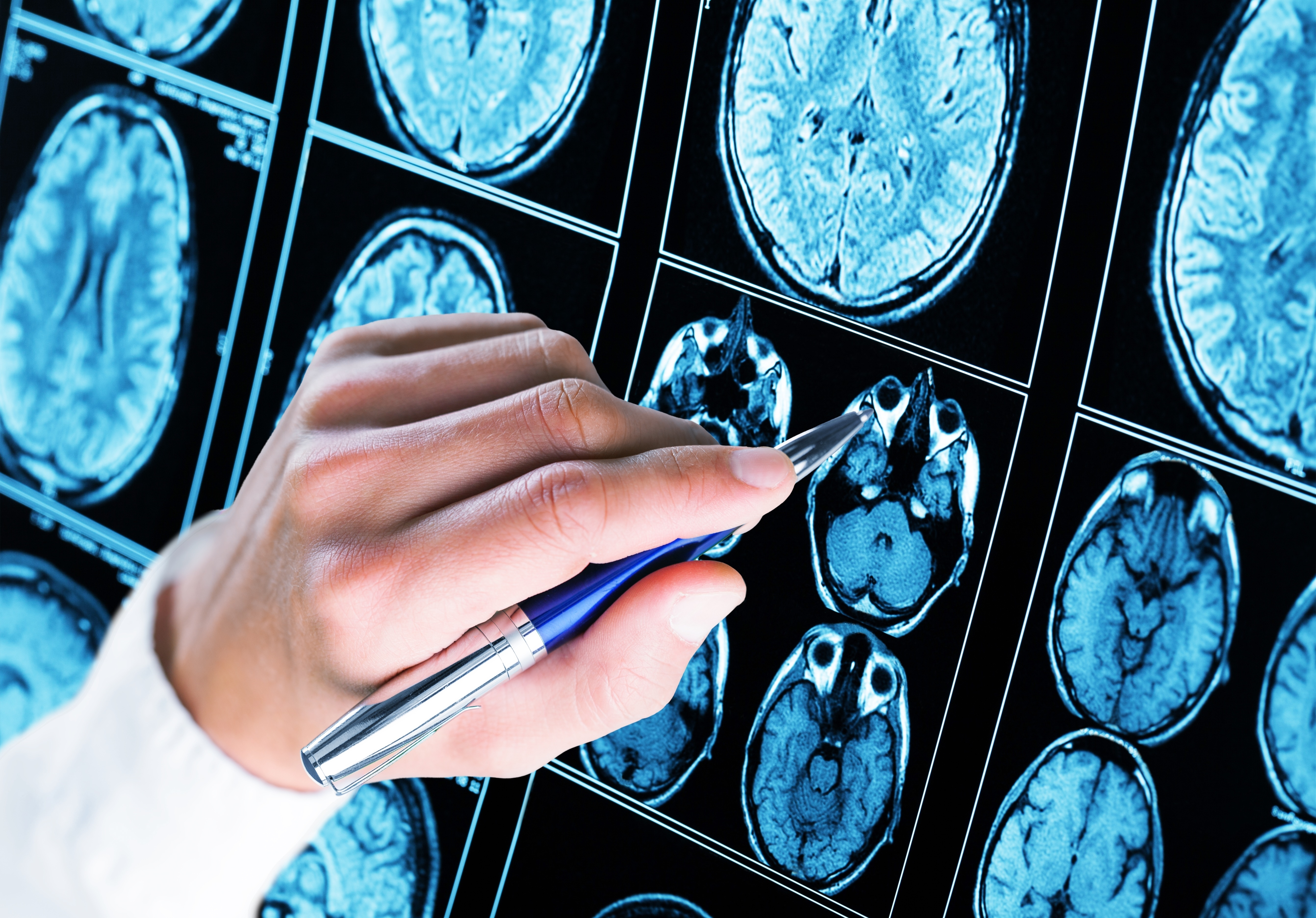 To determine the cause of seizures, the doctor may recommend certain tests in order to help patients with an accurate treatment and management plan:

The most common tests involve:

Tests to detect abnormalities in the brain include:

There are three phases of a seizure known as Aura, Ictus and Postictal

Epilepsy symptoms and treatment may vary on a case-by-case basis. Doctors generally begin the first line of treatment with medications. These are generally available in tablet, liquid, and injectable forms that travel to the bloodstream and affect neurotransmitters that regulate the electrical activity in the brain.

Antiepileptic medications include the following drugs:

Antiepileptic meaning is that these medicines help act against seizures in the brain. But they also have certain side-effects. Such problems involve:

More severe side-effects have also been seen which include depression, suicidal thoughts, and inflammation of vital organs of the body. More than half of the population affected by epileptic seizures tend to become seizure-free after the first dosage of prescribed medications.

Surgery is another means of fits disease cure. In cases where medications fail to provide a cure for seizures, doctors may recommend surgeries.

Resection - The procedure involves the removal of the part of the brain that causes seizures. This is only performed when:

Multiple Subpial Transection or Disconnection - This is done when the affected area of the brain is large. In this procedure, the doctor makes cuts in the brain to interrupt the nerve pathway that can help stop the spread to seizures in the brain.

Side-effects of epilepsy surgery may involve permanent damage to cognitive abilities and hence it is only performed in rare cases.

Apart from medications and surgical procedures, certain therapies are also available as an alternative option for the treatment of epilepsy. Such therapies include:

Patients who have faced depression and anxiety issues may continue to face such problems even after surgery. Post-surgical symptoms such as headaches, swelling of the forehead, fatigue and upset stomach are normal. Most patients go back to near-normal life within 4-6 weeks of surgery. Some coping mechanisms include:

Epilepsy FAQs: All your concerns addressed

Q.  What is the meaning of epilepsy?

Q.  What is meant by epileptic fits?

Q.  What is the neurology definition?

Q.  What is the difference between Seizure and Epilepsy?

Q.  Is there a cure for epilepsy?

Q.  What is the recovery period of surgery for epilepsy?

Q.  What are the main causes of epilepsy?

Q.  What does having epilepsy mean for your everyday life?

Q.  What are the first signs of a seizure?

Q.  Can you feel a seizure coming on?

Q.  What are the different types of seizures?

Focal (or partial) seizures occur in a limited part of the brain hemisphere. There is a specific site or a focus where the seizure begins. There are two types of focal seizures:

Infantile Spasms is an epileptic seizure which is neither focal nor generalized seizure. It starts at an early stage of life, usually around three to seven months of age.

Psychogenic non-epileptic seizures are not exactly due to epilepsy but may look very similar to an epilepsy seizure.

Q.  Can epilepsy kill you?

Q.  If I have Seizure, does that mean I have epilepsy?

Q.  How is epilepsy disease diagnosed?

This chronic neurological disorder affects many walks of life other than the health factor. Since a seizure is unpredictable and can occur at any moment, common activities like driving and crossing a busy road are often dangerous. This ultimately leads to a loss of independence. Other than these social issues, there are other health complications that might occur. These include: 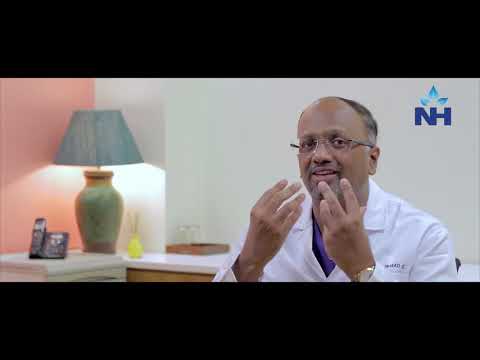 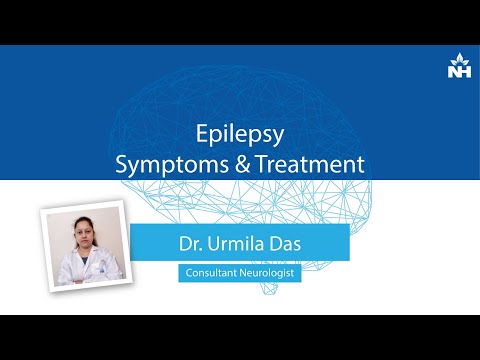 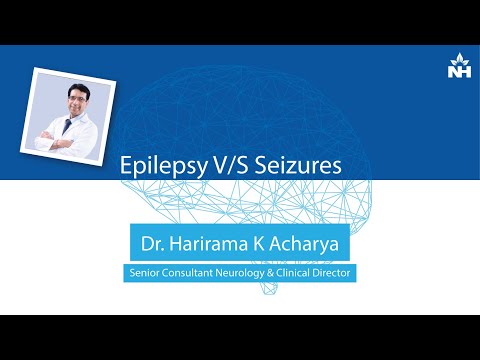 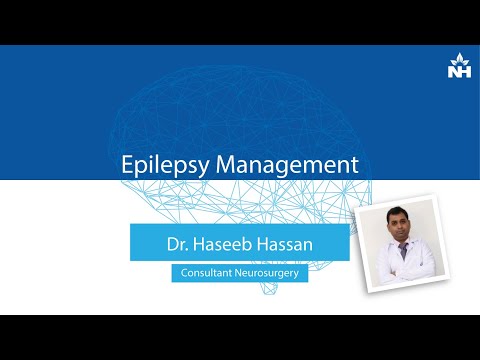