Encephalitis is a condition when the brain in a human body experiences inflammation. Many factors could lead to this condition, however, the most common factor is a viral infection. Encephalitis also occurs when the body starts attacking the brain cell tissues. Encephalitis is not a life-threatening disease, but its side effects include fatigue, headache, and fever. Encephalitis occurs in 1 of every 1000 patients affected by measles. Among the many forms, Japanese Encephalitis, Tick-borne encephalitis, Rabies, and Primary and secondary encephalitis.

Depending on the severity of the condition, Encephalitis presents itself in various forms. In the early stages, the symptoms of Encephalitis include Fever, headache, nausea, sensitivity to light, and body pains. As the condition progresses, the patient experiences drowsiness, fatigue, stiffness in the neck, joint pains, and stiffness in the limbs. Patients with advanced stages of Encephalitis show symptoms like Confusion, disorientation, loss of speech, hallucinations, hearing problems and Coma.

In infants, Encephalitis presents itself in the form of lack of appetite, spots on the skull, vomiting and nausea and not feeding or not waking up to feed.

The major types of Encephalitis are:

Japanese Encephalitis is a non-communicable disease that is caused by Flavivirus which is transmitted from the bite of a Culex mosquito. The Culex mosquito is the vector that transfers the disease from the host to new animals it feeds on. Birds are the most common hosts for this form of encephalitis. In this, the vector, the Culex mosquito acquires the virus from one animal that it feeds on and transmits it to the next animal it feeds on. Pigs and Horses are the most affected by this.
A vast number of cases in Japanese Encephalitis is seen in India, Cambodia, Vietnam, China, Japan, Indonesia, Myanmar, and Nepal.

A person infected with Japanese Encephalitis will show no immediate symptoms. The symptoms will be seen 5-15 days after the onset of the condition. The symptoms include:

Human beings are often accidental hosts for Tick-Borne Encephalitis Virus(TBEV). TBEV often chooses large animals as its host. Humans are most affected in the months that lie between April and November. The transmission of the virus occurs when raw goat milk, cow's milk or due to the consumption of unprocessed dairy products. Villages in India and a few urban towns in India have reported multiple cases of TBEV.

The incubation period for TBE is 8-14 days and in the initial stages, the patient exhibits symptoms including fever, vomiting, nausea, and muscle ache. 20-30% of these patients experience the second phase of the disease which affects the central nervous system and exhibit symptoms like headache, disorientation, symptoms of meningitis, abnormal motor functions. Few of the symptoms are temporary while a few leave a lasting effect based on the condition.

The European TBEV has a reported mortality rate of 1-2% while the Far-eastern TBEV has a predominantly higher rate of 25-30%.

Primary encephalitis is when the virus directly affects brain cells. The infection is either concentrated at one spot or is widespread. The primary cause of encephalitis is unknown. However, when in cases where the cause is known, they have been attributed to inflammation caused by a viral or bacterial infection. The major causes of Encephalitis include:

Herpes Simplex Virus causes an acute or subacute illness that causes general and focal dysfunction. In this, the infection in the brain is either caused by direct infection or through the olfactory nerve. Other Herpes based viruses like Epstein-Barr virus and the varicella virus also contribute to this condition.

Mosquitoes are major vectors of Flaviviridae and in most cases, the transmission of the virus occurs from an animal bearing the virus to humans through mosquito bites. The occurrence of these instances is highest in the months between April and November.

Rabid encephalitis is a very common cause of this condition. In this, Rhabdoviridae is transferred to the human body from an infected animal to the human body through a bite. This effects in the rapid deterioration of the central nervous system and unattended cases often lead to death.

Infections like Rubella, Mumps, and Measles also cause secondary encephalitis. With vaccination available around the world for these diseases, the reported cases of encephalitis from these conditions have come down drastically.

As there are no vaccines available to prevent the onset of this condition, measures in the form of maintaining personal hygiene, preventing mosquito bites should be taken.

Tableware and cutlery should not be shared and the same should be taught to children in schools and educational institutions.
Getting yourself and your children vaccinated on time plays a major role in preventing the onset of encephalitis. If you are travelling to a destination which is rich in vegetation and animal husbandry, preventive measures should be discussed with a doctor.

Mosquitoes are major carriers of the encephalitis virus and hence preventive measures should be taken to ensure that you or your loved ones are protected from them.
Always wear full clothing and ensure that the unprotected part of the skin is layered with mosquito repellants. For babies, using mosquito repellants is not advised, hence, the use of mosquito nets is encouraged to prevent mosquito bites.
Using chemical compounds with permethrin is advised to keep mosquitoes away. When planning an outdoor trek or picnic, spray the compound on your gear, tent, and clothes as this repels mosquitoes away.
Ensure that no water logging or stagnant water sources are present around your residence, as these are the breeding grounds for mosquitoes.

The complications of Encephalitis depend on the age of the patient, the severity of the condition and the time taken to treat the condition from the onset.

When treated in the initial stages, patients do not pose any threat to retain any long-term or permanent effects. When the condition becomes severe, it may lead to complications like: 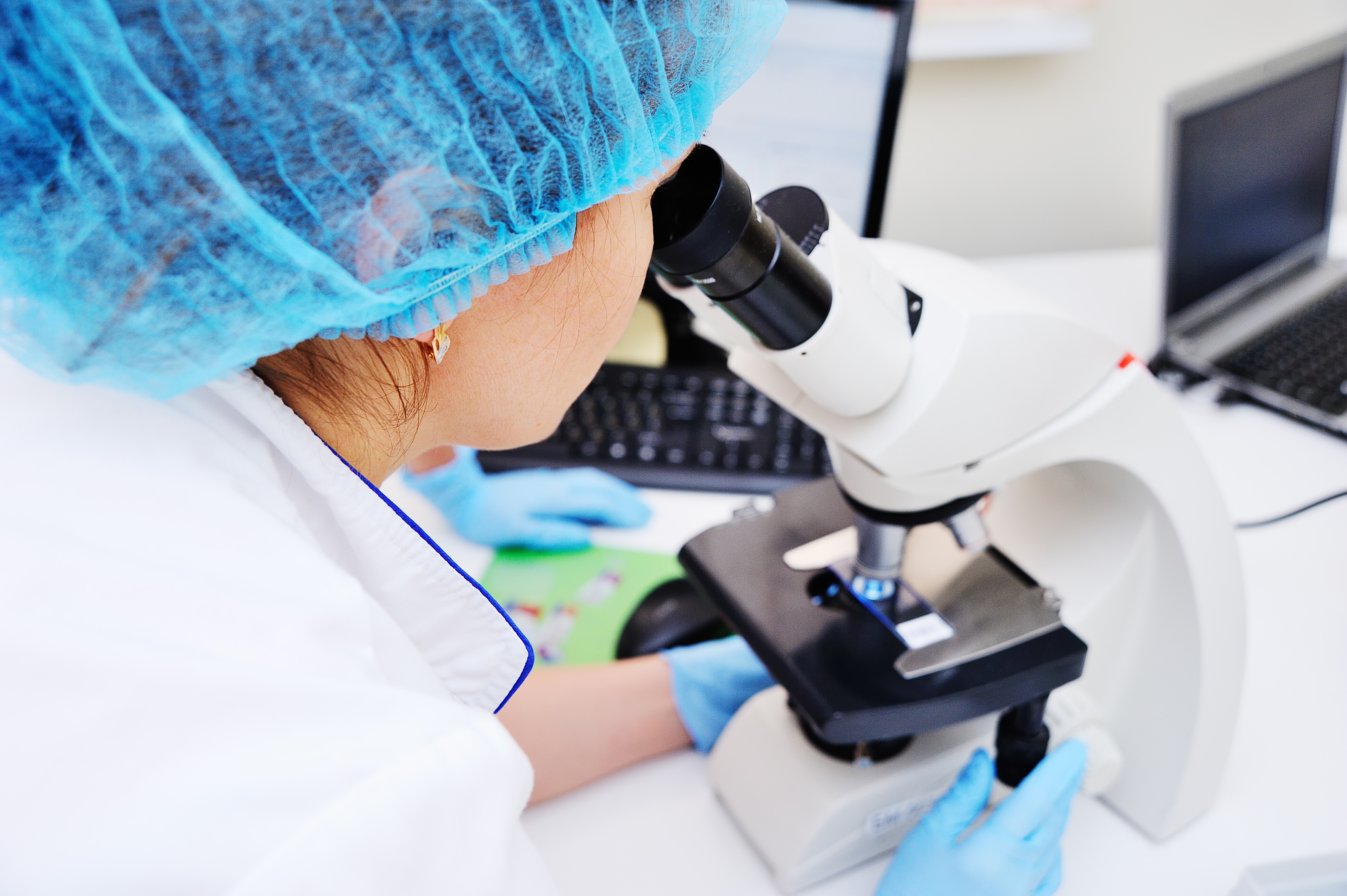 Encephalitis can be diagnosed through imaging studies, biopsies, urine and faeces tests, and by testing other secretions.

MRI and CT scans can help identify the inflammation in the brain cells, thereby identifying the underlying cause of the symptoms. These can also be used to detect any malignant or benign tumours in the brain.

Cerebrospinal Fluid (CSF) is the same protective fluid that is found in the spinal cord and the brain. The CSF is extracted by inserting a needle in the spinal region and the fluid is tested for abnormalities that could indicate an inflammation. Sometimes, it is also used to detect the presence of any viruses.

Urine samples and faecal matter can be tested for viruses or other disease-causing agents.

In a brain biopsy, a small portion of the brain cell is cut out and tested for confirming the condition. As this is an invasive procedure, this is only preferred when other forms of medications are not effective and the condition of the patient is deteriorating rapidly.

Patients undergoing treatment for any form of encephalitis are advised to get ample bed rest, fluids either orally or intravenously and are strictly advised to follow the prescription of anti-inflammatory drugs like Tylenol and Corticosteroids to reduce the pain and inflammation caused by the condition.

The patient’s EEG and ECG should be monitored regularly to look for any anomalies in normal rhythm.
The patient should consistently be hydrated with fluids orally or through a saline drip. The patient must receive all the vitamins and minerals required to boost a speedy recovery.

Patients suffering from encephalitis suffer from headaches. This is commonly caused because of the inflammation in the brain. With Anti-inflammatory drugs, the inflammation is controlled while the patient recovers from the underlying cause/infection.

Antiviral drugs are an essential part of the treatment for encephalitis is the most common cause of known cases of encephalitis is due to the Flaviviridae virus transmitted through mosquito bites and tick bites. By treating the patient with an array of antiviral drugs, doctors eliminate the onset of severe encephalitis caused by Flaviviridae or herpes based viruses. The drugs used include Zovirax, Cytovene, and Foscavir.

The prognosis for Encephalitis ranges from 2-4 weeks depending on the nature of the condition. The physical symptoms like fever and headache gradually or suddenly disappear in the first week of treatment and the neurological symptoms might take months to recover from. The speed of recovery depends on when the diagnosis was made, however, there have been cases which have deteriorated at a rapid pace even after being diagnosed in the early stages.

Untreated cases of Herpes Simplex encephalitis has a mortality rate of 50-75% while the treated cases are at 20%. 40% of the survivors have neurological complications which include distress in speech, motor functions, hearing impairments, epilepsy, and dysarthria.
Patients suffering from encephalitis over 60 years of age are likely to be affected the most by the condition and severe cases have observed patients slip into a coma or face certain death.

The road to recovery for patients suffering from encephalitis takes a few weeks to months depending on the severity of the condition and the stage at which it was treated. Patients with severe conditions will take a few months to get back to normal neural behaviour as encephalitis affects motor functions, speech, vision, and hearing abilities.
It is always recommended to consult a neuro-physician as advised by the medical team to track the progress.
Patients experiencing memory loss should be given extra care by their caregivers in the healing process. Brain cells are not like any other muscle groups that tend to strengthen when exercised regularly. These take time and following a steady and accurate course can help in the speedy recovery. It is advised to do things right in the initial attempts and keep practising those to make it an involuntary habit.

Keep the surroundings of patients suffering from encephalitis as uncluttered as possible and try to keep things at the same place to make it easier for the patients to remember.

Use labels and coloured markers to make identification of specific things easier. To follow and track schedules, use sticky notes or enter them in a calendar. It is also advised to take printed photographs of friends and family members and write their names on them to help in a speedy recovery.

Encephalitis FAQs: All your concerns addressed

Q.  What is Encephalitis?

Q.  What is the lifecycle of encephalitis causing virus?

Q.  Is encephalitis a communicable disease?

Q.  What are the different forms of Encephalitis?

The major forms of encephalitis are:

Q.  Are there any food restrictions for patients recovering from this disease?

Q.  Can encephalitis be cured by itself?

Q.  What are the most common causes of encephalitis?

Q.  How can encephalitis be diagnosed?

Q.  Who can be affected by encephalitis?

Q.  Is there any difference between encephalitis and meningitis?

Q.  What are the symptoms of encephalitis?

Q.  How can encephalitis be treated?