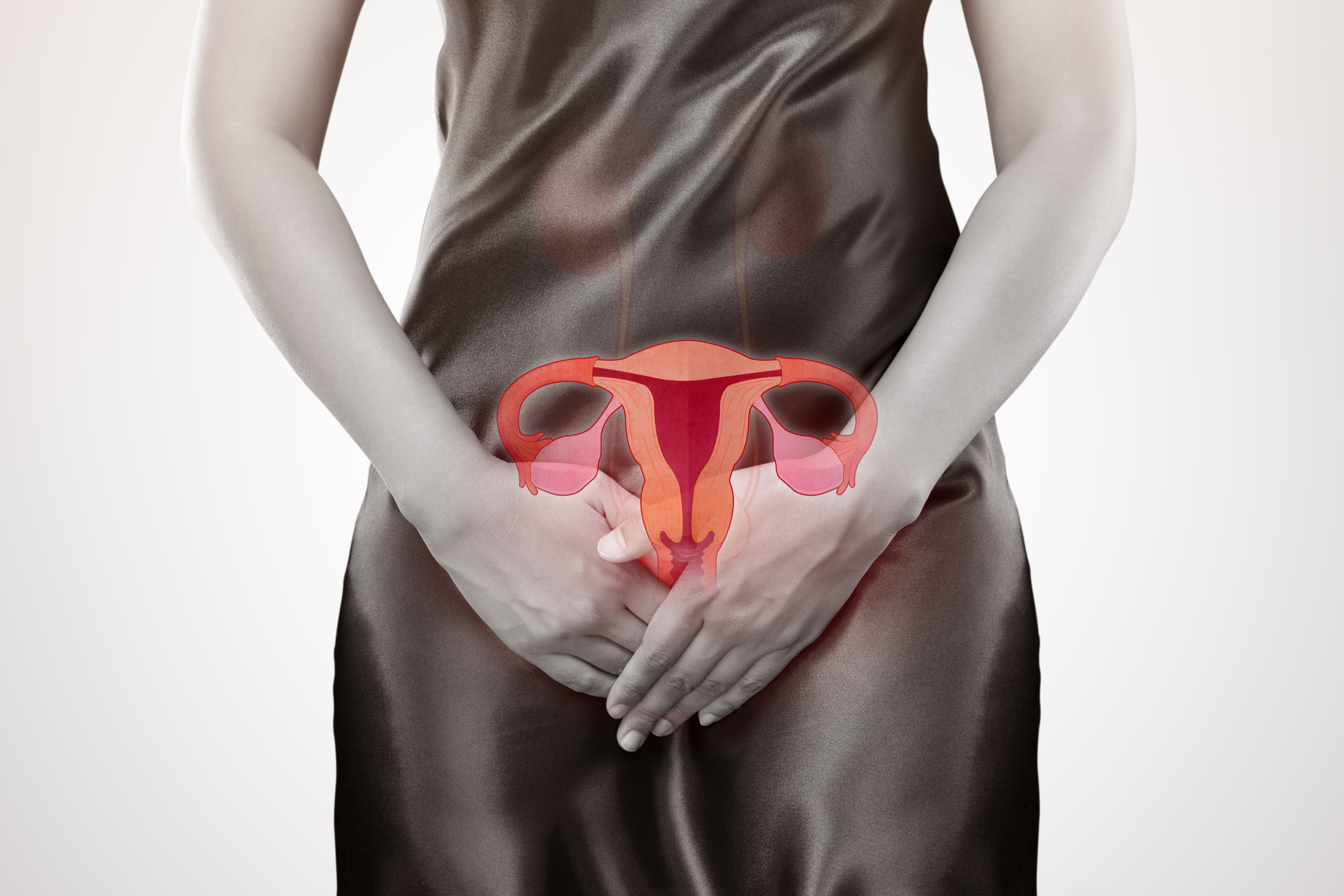 What is Cervical Cancer?

Cancer is a disease pertaining to the uncontrolled growth of abnormal cells in the body. The type of cancer is named after the region from where these cells start to proliferate. Cervical cancer occurs in females when the cells of the cervix grow at an abnormal rate and affect the surrounding tissues and organs. Cervical cancer generally grows very slowly which means that there is enough opportunity for affected women to undergo proper diagnosis and treatments to eliminate the disease. But deeply invasive cases of cervix cancer can lead to metastasis, which means that cancer can spread and affect other parts of the body like lungs, liver, urinary bladder, vagina and rectum.

The cervix is a part of the reproductive system of a female and is located at the lowermost part of the uterus.

Where is Cervix located?

The cervix location marks the connecting point of the uterus and the vagina. The opening of the cervical canal is usually very narrow and the main cervix function is to allow the flow of menstrual blood from the uterus to the vagina and direct the passage of sperms during intercourse.

Most women that face cervical cancer symptoms are aged 20 to 30 years but they are diagnosed with the disease only after their 50s. This shows how slowly the cancer of cervix spreads. If adequate treatment can be done in this precancerous stage, then cervical cancer can be prevented.

Early signs of cervical cancer, when undetected, spreads to other parts of the body like the liver, urinary bladder, and vagina.

The most common symptoms of cervical cancer include:

Vaginal bleeding and discharge after menopause are the most common signs and symptoms of cervical cancer. Even though it may happen due to a normal case of vaginal dryness, it is important to get a pelvic examination done in order to avoid risks of cervical cancer.

Causes of cervical cancer can be attributed to the genetic mutations that occur in the healthy cells of the cervical tissue. Normal cells multiply, grow and die at a certain rate. Mutations in the DNA changes the fundamental life cycle of the cervical cells that accumulate over time to form a mass, known as the cancerous tumor. Cervical cancer causes this tumor to spread and metastasize in some other tissue or organ of the body.

The initial risk of developing this abnormal growth of cells or the factors that form the main reasons for cervical cancer is the infection caused due to Human Papillomavirus (HPV). Causes for cervical cancer that ultimately occur due to this viral infection are related to sexual contact at an early age, consuming oral contraceptives or birth control pills too often, having multiple sexual partners and the lack of knowledge about using external contraceptives. All of these factors increase the risk of exposing oneself to infection by Human Papillomavirus (HPV).

Human Papillomavirus (HPV) is a common virus that is transmitted through sexual contact. A notorious microbe, several types of Human Papillomavirus is known to cause abnormal skin disorders like genital warts and skin warts. In most cases, the infection of HPV is easily subdued by the immune system of the human body, hence preventing it from doing any harm. But the virus may remain in the system of people with weak immunity, ultimately contributing to being the leading reasons of cervical cancer in the patient. This means that cervical cancer reasons are not just limited to sexual contact but it also depends on the environment and lifestyle conditions of the patient. On testing the cervical tissues that show cancerous and precancerous signs and symptoms, genetic material from the various high-risk subtypes or malicious strains of the Human Papillomavirus (HPV) has been found.

Exposure to certain notorious strains of Human Papillomavirus (HPV) is the most standard risk factor of cervical cancer. This is the most common virus transmitted through intercourse but certain strains can cause genetic mutations in the DNA that can pose severe cervical cancer risk factors. Some other strains of HPV can cause genital warts are other skin disorders while in most people, the virus is eliminated from the body without any effect. Risk factors of cervical cancer that increase the chances of HPV infection are:

How to Prevent Cervical Cancer

Mainly occurring due to an infection, cervical cancer is preventable. Proper hygiene and regular screening from the age of 21 can help prevent Cervical Cancer.

There are two types of screening tests that can be done to detect signs of cervical cancer. They include:

The HPV vaccine can help prevent infection from the types of HPV strains that lead to vagina cancer, pelvic cancer, and cervical cancer. The most common doses of the HPV vaccine are mentioned below:

HPV vaccinations prevent any new infections but do not act against existing HPV in the body. Symptoms for cervical cancer should be checked regularly even if the individuals have been vaccinated against Human Papillomavirus.

Depending on the results of the screening tests, if the doctor suspects any cervical cancer symptom then the patient’s diagnosis starts with a thorough examination of the cervix. Diagnosis is generally performed by a trained gynecologic oncologist who uses a special instrument called the colposcope to check for the presence of abnormally growing cells at the cervix.

During the cervical cancer diagnosis examination using a colposcope, the doctor needs to take samples from the overgrowth of cells to study it in the laboratory. To obtain such tissue samples, the following methods are put to use:

If the results obtained from the punch biopsy and endocervical curettage show positive outcomes for the presence of carcinoma of cervix and the patients show severe cervix cancer symptoms, then the doctor may perform some further tests to confirm the onset of the disease. These tests include:

The stages of cervical cancer

Stage II of cervical cancer occurs when the abnormal cell growth has spread to the tissues around the uterus and cervix and has also infected the upper two-thirds of the vagina. Stage II is divided into stages IIA and IIB depending on how far cancer has spread.

The extensive spread of cancer in the uterine cervix region is diagnosed as cervical cancer stage 3. Stage III is divided into three sub-stages based on how far and in which regions cancer has metastasized. The sub-stages are:

Cervical cancer at its last and final stage denotes that cancer has largely spread to several vital organs of the body, hence making the treatment process even more complicated. Stage 4 cervical cancer symptoms like swelling of the leg and excessive body pain start to become more recurrent. This stage is subdivided into:

1.  Cone Biopsy - Patients who show symptoms of cervical cancer but have only a small tumor can undergo cone biopsy. In this case, the entire cone-shaped cervical tissue is removed from the cervix.

2.  Trachelectomy - Involves the removal of the entire cervix and some surrounding tissue but the uterus remains intact.

3.  Hysterectomy - A radical procedure in early-stage cervical cancer which involves the removal of the cervix and uterus followed by parts of the vagina and some lymph nodes. This can cure cancer and also prevent its recurrence. But the removal of uterus means that the patient cannot be pregnant anymore.

1.  External Radiation Therapy - This involves directing a radiation beam at the area of the body affected with cervical cancer.

2.  Brachytherapy - Internal radiation therapy process, this involves placing a device loaded with radioactive material inside the vagina for a few minutes.

The limitation of radiation therapy is that it can cause menopause in women.

Cervical cancer treatment success rate - If detected and treated early, the 5-year survival rate for cervical cancer in women is 66%.

Post-treatment recovery is important to prevent any sign of cervical cancer showing up again. This involves the following:

Q.  What are the early signs of cervical cancer?

If you experience any of these symptoms, visit your doctor immediately.

Q.  How serious is cervical cancer?

Q.  Who is at risk of developing cervical cancer?

Q.  How can you prevent cervical cancer?

Q.  What is the meaning of Cervix?

Q.  Can you die from cervical cancer?

Q.  What is the cervical cancer survival rate?

Q.  What are the symptoms of cervical cancer?

Q.  What is the cause of cervical cancer?

Q.  What is cervical cancer meaning?

Q.  What is meant by cancer? 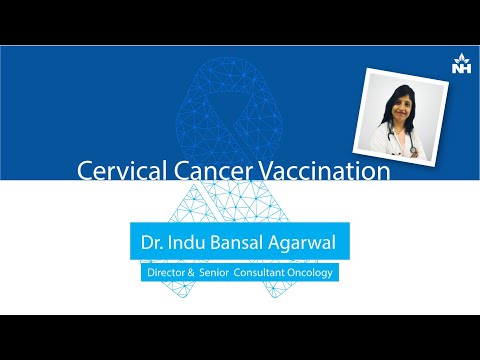 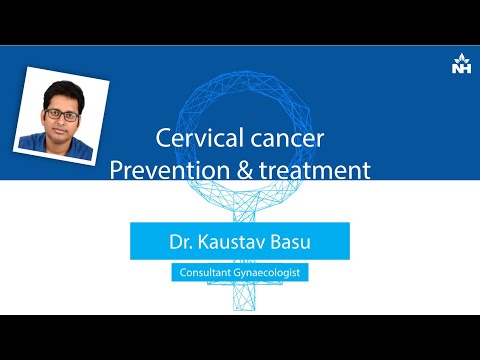 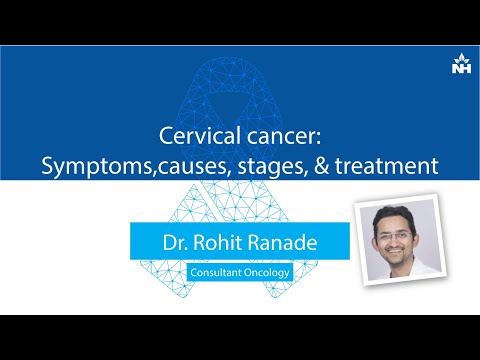 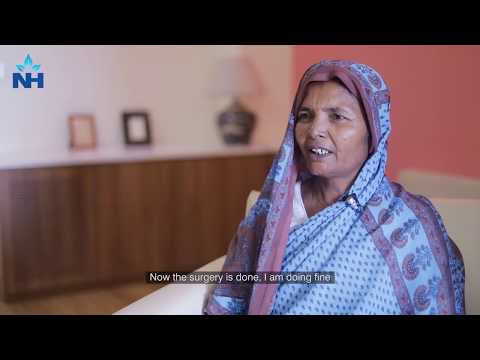 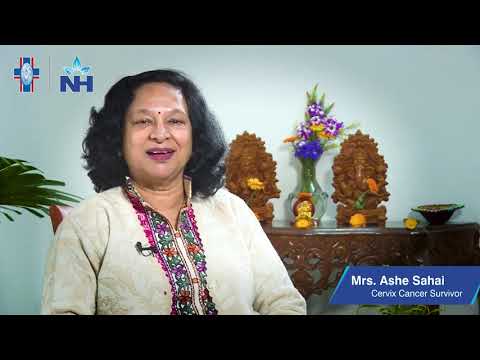