1.What is a brain injury?

Damage to the brain due to physical trauma is called a traumatic brain injury (TBI), and can have severe side effects. It can result from various causes such as motor accidents, sports injuries, a blow to the head from an assault etc. and the brain injury can range from being a mild concussion to being severely debilitating. The brain injury may be accompanied by fracture of the skull, and can be either blunt force trauma or a penetrating injury. The impact to the head can cause the brain to move back and forth inside the skull and hurt itself against the cranium, causing swelling and bleeding.

Brain injury is not always apparent. The patient may feel disoriented and confused, or suffer from temporary loss of vision or consciousness. Swelling in brain, bleeding, or any tears in nerves will manifest as different symptoms for patients.

Some symptoms to watch out for in brain injury are:

- Spots in front of the eyes

- Ringing in the ears

More serious symptoms that require medical attention and immediate examination by a brain injury doctor include:

- Loss of motor function and / or balance

- Recurrent headaches which had not been present prior to impact

- Abnormal eye movement and / or loss of vision

Ignoring these symptoms can cause further complications and since the brain is a vital organ, particular care and immediate medical attention should be provided if a brain injury is suspected to avoid more serious concerns and even loss of life.

Traumatic brain injury may result from any impact to the head which causes subsequent brain damage. A fall, whiplash or a blow to the head can lead to brain injury if the brain sees extreme back and forth movement where it hits itself against the walls of the cranium, or if the impact results in brain swelling or bleeding.

Tears in the nerves fibres, tumours and strokes can cause different brain injury types that can cause the symptoms mentioned above, and it is best to consult with a specialist brain injury doctor if any of the indications are noticed. Of note is the fact that both open and closed head injuries can result in severe brain damage, and because the brain injury is not visible is not enough cause to ignore the impact, and even mild traumatic brain injury may result in brain nerves swelling and causing damage to the nervous system.

Traumatic Brain Injury: Sudden traumatic experiences such as accidents, blow to the head and gunshot wounds that cause forceful impact to the brain and subsequent brain damage are collectively referred to as traumatic brain injury. The trauma resulting from such an incident can cause swelling of the brain, nerve tears, brain stem injury (often resulting from incidents causing whiplash) and affect brain function. Traumatic brain injury can result from closed head wounds as well, and manifest through various symptoms in degrees of severity. A mild concussion will require only rest and over the counter medication;

however, a more severe brain injury symptom may be identified only a little later, after some time has passed. It is therefore very necessary to monitor symptoms of brain injury for 48-72 hours after an incident.

Acquired brain injury: An acquired brain injury results from events after birth and are not congenital in nature. They can result from trauma, or from substance abuse or tumours that disrupt blood and oxygen flow to the brain. Paediatric acquired brain injury can affect the mental and emotional well being of children and would need attention from psychologists, in addition to medical treatment from a neurologist.

Skull fracture: A type of traumatic brain injury, a skull fracture can also be a closed injury where the skin covering the skull is not broken, while an open injury is more obvious. This can be identified through symptoms such as bleeding from the nose or ears. Skull fractures can be open or closed, or depressed, where the injury can cause an indentation that reaches into the brain cavity. Severe traumatic brain injury results from a blow strong enough to go through the cranium and impact the brain, and a skull fracture is a typical manifestation of such a brain injury.

Concussion: A concussion is a type of brain injury that is considered mild by itself. It causes a state of confusion and disorientation, and in the immediate aftermath, symptoms such as loss of balance and blurred vision. Sports injuries or sharply banging the head into a hard object while walking may cause concussion. Recovery time for concussions may vary depending on the severity of the brain injury and can be accompanied by mild headaches, irritability, nausea and difficulty hearing and concentrating.

Haemorrhage: A brain haemorrhage can result from a traumatic brain injury causing a physical blow to the head, or from an acquired brain injury such as a tumour that presses on the nerve clusters, or a stroke. A haemorrhage is essentially bleeding, which is more often accompanied by brain swelling. Even a minor brain injury can have caused a haemorrhage with a small blood vessel rupturing in the brain sometime after the initial impact, causing loss of consciousness or a stroke. Bleeding irritates surrounding tissues and causes swelling of the brain, known as cerebral oedema. If unattended, the bleeding can result in the formation of a hematoma which can choke brain cells and cause cell death.

Oedema: Cerebral oedema is swelling of the brain due to trapped fluids. Swelling can happen in the surrounding brain region and put pressure on the nervous system in the brain and up to the spinal regions, causing brain injury resulting brain cell death. The pressure stemming from an oedema causes a lack of oxygen to the brain cells and the resulting cell death manifests as relatively severe brain injury symptoms such as vomiting, unconsciousness, vision loss, stroke or coma. It can occur suddenly or over a period of time, and if suspected and signs of brain injury are noted, a specialized brain injury doctor would need to be consulted with at the earliest to prevent coma or subsequent loss of life.

Hematoma: An intracranial hematoma is a collection of blood inside the skull region that occurs due to a ruptured blood vessel due to a head injury. This type of brain injury can be potentially life threatening and needs immediate medical attention. The pressure arising from the pooling of the blood within the cranium results in brain injury symptoms that may manifest immediately but can also happen days or weeks later as the pressure on the cells is gradually increased. Lethargy, seizures and unconsciousness are some symptoms of this type of brain injury.

Anoxic brain injury: The nomenclature results from the cause of this type of brain injury which is the complete absence of oxygen to brain cells. Anoxic brain injury may occur during the birthing process where the umbilical cord may wrap around a baby's neck, or if the baby is stuck in the birth canal. In adults, anoxic brain injury can result from being choked till oxygen supply is cut off to the brain for a sufficient amount of time for brain cells to die, stroke, shock, such as in the case of allergies, a blow to the windpipe in case of sports or other injuries or a drug overdose. Cardiac arrest, drowning or poisoning can also be causes of anoxic brain injury and result in brain tissue death due to lack of oxygen.

5.Complications that may arise

Brain injury treatment is often undertaken with urgency and can result in some complications. The symptoms of brain injury may be mitigated, about accompanying complications that may arise include the following:

Nerve injuries: Brain injury can cause nerve damage which may not be cured completely. Depending on several factors, it is necessary to consider rehabilitation programs that cater to nerve damage.

Hydrocephalus: Fluid build up in the brain cavity can occur as a complication of a traumatic brain injury, and the resultant pressure can cause further damage to the nervous system. The discovery of hydrocephalus early can help reduce any further brain damage.

Blood clots: Clots can occur in patients of brain injury, and can travel from an extremity to the lung and can cause severe complications and in rare cases, even death, if not attended to with immediacy. Brain injury patients are kept under observation to mitigate the risks of blood clotting in any part of the body.

Once the extent and type of brain injury is determined, treatment for the brain injury may require surgery to remove any fluid build up causing pressure in the brain cavity, penetrating objects such as shards of bone from the brain cavity after trauma or to remove tumours or hematomas. Once emergency procedures are performed, brain injury rehabilitation is carried on through the use of medication, physiotherapy and psychology. Anticonvulsants are often prescribed to prevent seizures during the immediate brain injury recovery time since the patient is deemed to have reduced motor control and will not be able to prevent inadvertent movements such as pressure on the tongue or thrashing in case of an episode of seizure. Antidepressants and anti-anxiety medication, as well as stimulants may be prescribed, depending on the psychological assessment of the brain injury patient.

Brain injury is often an unfortunate result of any incident and if any brain injury symptoms are suspected, they should not be ignored. Simple measures such as avoiding driving under the influence of alcohol or drugs, wearing a seatbelt, wearing protective gear during sports events and childproofing a home can go a long way in preventing traumatic brain injury.

Q.  How do I know if I or a loved one has a brain injury?

Q.  What measures should I take after surgery for brain injury?

Q.What is the most common brain injury?

Concussion - It is the most common and least serious type of traumatic brain injury.

Contusion - It is a type of hematoma, which occurs when an injured capillary or blood vessel leaks blood into the surrounding area.

Coup-Contrecoup - A coup injury is referred to the part of the head or brain which is hit directly whereas a contrecoup injury occurs on the opposite side of the brain from where the impact occurred.

Diffuse Axonal - Diffuse axonal injury is the shearing (tearing) of the brain's long connecting nerve fibres (axons) that happens when the brain is injured as it shifts and rotates inside the bony skull.

Penetration - Penetrating brain injury is when an object enters the skull and harms the brain. It can hurt a small or large portion of the brain. The type of injury is a threat to life. You will need immediate medical care.

Q.What are the primary symptoms of brain injury?

A. Few signs and symptoms of mild traumatic brain injury are:

Physical symptoms - Loss of consciousness for a few seconds to a few minutes; feeling dazed, confused or disoriented; Headache; Nausea or vomiting; Fatigue or drowsiness; Problems with speech; Difficulty sleeping or sleeping more than usual; Dizziness or loss of balance

Sensory symptoms - Blurred vision; Ringing in the ears; a bad taste in the mouth; changes in the ability to smell; Sensitivity to light or sound

Q. What are some possible consequences of a serious brain injury?

A. A concussion occurs when the brain function gets temporarily impaired after a minor head injury. This can lead to difficulties such as fatigue, headaches, irritability dizziness, depression, and memory problems.

There can be numerous possibilities of mild to severe consequences of a brain injury. Some of them are: Difficulty processing information, expressing thoughts, or understanding others; Change in vision, hearing, or sense of touch; Heightened sensitivity to pain; Persistent headaches; Extreme mental or physical fatigue; Paralysis; Tremors; Seizures; Sensitivity to light; Sleep disorders; Slurred speech; Loss of consciousness; Irritability and impatience; Flattened or heightened emotions or reactions; Reduced tolerance for stress. 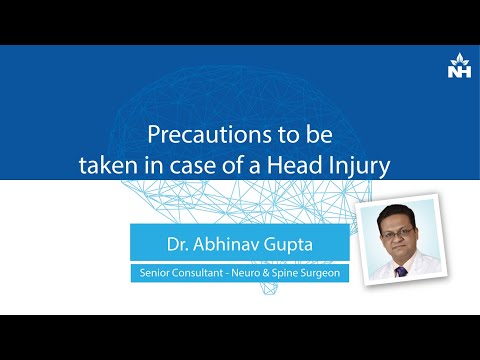 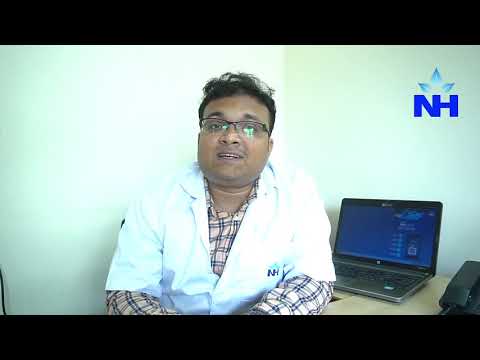 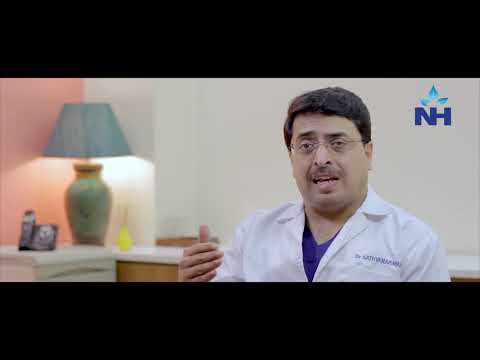 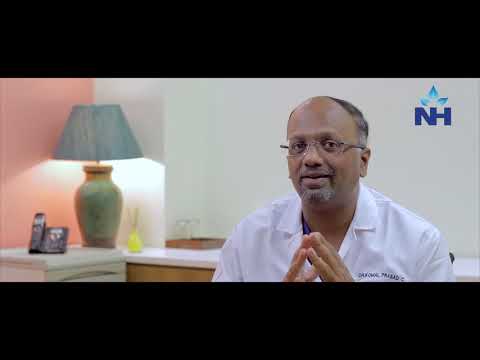 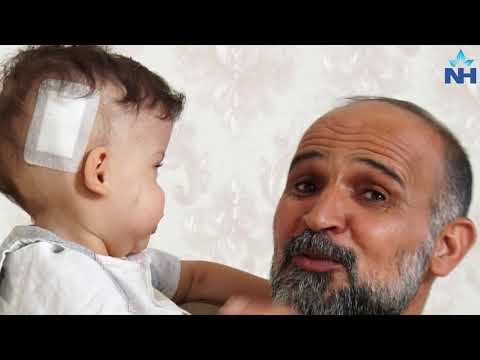 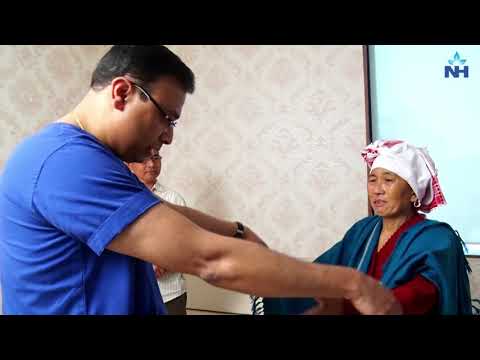