Tobacco Kills! Say NO to Tobacco!

Tobacco Kills as it is injurious to health! How many times have you noticed this disclaimer when you go to watch a movie in a theatre or buy a packet of cigarettes?
Do these taglines also pop up in your mind when you passively inhale the smoke because your colleague or friend or a fellow passenger actively smokes and you are unable to avoid their company?
If NOT then you have a reason to worry because tobacco is the single largest cause of preventable death worldwide and second hand smoke is a serious health hazard for people exposed to it on a regular basis. According to WHO, tobacco causes about 10% of all the deaths each year, out of which 1/6 th die due to passive smoking.
In fact, smoking is the biggest risk factor contributing to heart attacks, strokes, lung diseases (COPD, bronchitis, emphysema), gastric ulcers and cancers of mouth, throat, lungs and pancreas. Cigarettes are a deadly concoction of carcinogens that affect and damage every organ in your body. Cigarettes generate more than 4000 chemicals when lit, out of which 69 are known to cause cancer. This is alarming as India is home to 12% of world’s smokers and tobacco accounts for 1 in 5 male deaths in the country. Tobacco smoke affects the cardiovascular system, digestive system, hair, nails, skin, respiratory system, reproductive system as well as the nervous system, thus damaging all the major functions of the body.
But certainly there is a ray of hope. If you want to quit, vow to kick the habit and stick to your vow steadfastly. Remember, Where There is a Will, There is a Way! You certainly don’t want to be reduced to a coughing, yellowed & wrinkled person in the prime of your youth and be wasted being diseased. Believe in yourself and your ability to control temptations, maintain a calendar from the day you quit smoking, tell your friends and relatives about your intention to quit and let them enquire time to time, build a support group of people who want to quit and if everything else fails reach out to professionals. 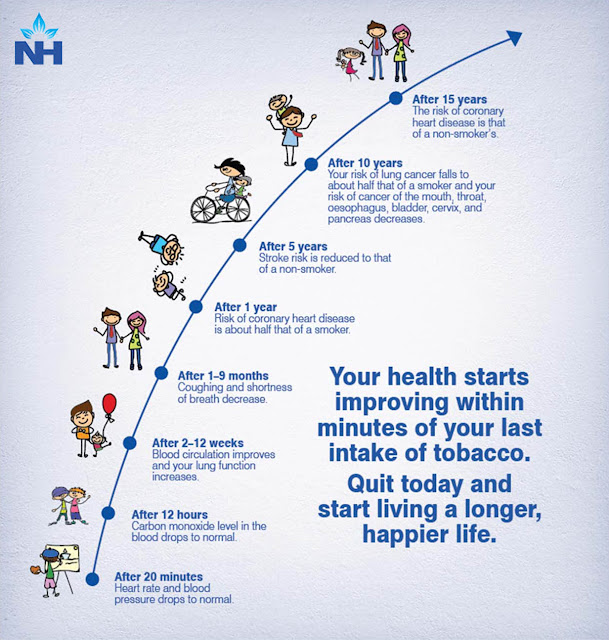 Brain Tumour – A Race Against Time

Arrhythmia – The Way your Heart Beats

Ebola Virus: All you need to know

All About Body Mass Index (BMI)

Why Ergonomics during Work from Home is important?

Winter care for the kids and the elderly