Neuroblastoma: Everything To Know About A Rare Form of Childhood Cancer

Neuroblastoma is a rare kind of cancer that typically impacts kids. It starts in the early form of the cells that tend to make up the nerves. At times, Neuroblastoma tends to grow slowly. In many cases, it tends to spread quickly. In other cases, it disappears gradually without the need for treatment.

In the case of Neuroblastoma in babies, the immature nerve cells, known as neuroblasts, get cancerous. It means they start growing out of control and replicating.

In most cases, Neuroblastoma in babies begins in the abdomen. For some babies, the condition starts in the adrenal gland. In the rest of the cases, it starts near the spine in the neck or chest, or in the pelvis.

Now that you know what Neuroblastoma is, let’s move on to the other details related to it. 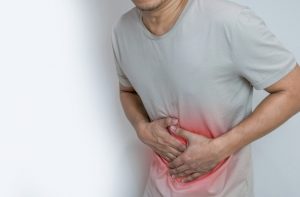 The Neuroblastoma symptoms and signs vary based on the part of the body that is impacted.

The occurrence of Neuroblastoma in kids, which is the most common type, might lead to symptoms and signs like:

Some of the other symptoms and signs of Neuroblastoma in children include the following:

Generally, Neuroblastoma cancer starts with a type of genetic mutation that lets healthy, normal cells to multiply without any response to the signals that stop multiplication as in normal cells.Thus, cancer cells tend to grow out of control. The accumulation of abnormal cells leads to a mass called tumor.

Neuroblastoma in children starts in neuroblasts, which are immature nerve cells that fetuses make during the development process.

When the fetus starts maturing, these neuroblasts mature into nerve fibers and cells that make up the adrenal glands and other sympathetic nerves. As such, most neuroblasts start maturing by birth, although a smaller number of immature neuroblasts are seen in newborns. Regardless of Neuroblastoma causes, it tends to disappear or mature in most cases. However, others form the kind of tumor called Neuroblastoma.

The kind of initial genetic mutation that can lead to Neuroblastoma is still not clear.

The child with symptoms and signs will undergo imaging with Ultrasound, CT scan or PET CT. Then a biopsy of the tumor will be done to confirm the diagnosis. Based on the biopsy report and findings in the image, the diagnosis is made and neuroblastoma staging is confirmed. Bone marrow aspiration and biopsy may also be required to stage the disease. Other baseline blood tests and ECHO will be done before starting treatment.

A special intravenous access called central line maybe placed for children with intermediate risk and high risk neuroblastoma to avoid pricking the child for every blood test and injections.

The doctor of your child will choose a Neuroblastoma treatment plan depending on a number of factors that impact Neuroblastoma prognosis. The factors include:

Surgeons use their scalpels and such surgical tools for removing cancer cells. In kids with lower risk Neuroblastoma prognosis, surgery for tumor removal might be the sole treatment required.

Whether this tumor can be removed completely is based on the location and its size. Also, tumors are attached to the nearby vital organs and may be difficult to remove, in which case the child may require chemotherapy and or radiotherapy.

In high-risk and intermediate-risk Neuroblastoma, surgeons might try removing most of the tumor. Other types of treatment involving Neuroblastoma might be useful in killing the rest of the cancer cells.

Chemotherapy utilizes chemicals for destroying cancer cells. It targets the rapidly increasing cancer cells in the body. However, it also affects the healthy cells that tend to grow quickly, like the cells in the gastrointestinal system and the hair follicles.

Kids who have intermediate and high-risk Neuroblastoma usually get a combination of different chemotherapy drugs before their surgery to enhance the chances of shrinking the tumor and killing the cancer cells that have spread to other parts of the body.

Depending on the response to initial chemotherapy, kids who have high-risk Neuroblastoma get higher doses of chemotherapy drugs followed by Stem cell transplantation of their own healthy cells to prevent recurrence of the tumor in future.

This type of therapy chiefly impacts the part where it is aimed, though some of the healthy cells might get damaged due to the radiation. The side effects that your child faces depend on the part where this radiation gets directed and the amount of radiation given.

Kids with high-risk neuroblastoma might get transplants through stem cells that are collected from their own blood, i.e., autologous stem cell transplantation.

Before bone marrow transplantation, also called stem cell transplantation, the kids go through a process that collects and filters stem cells from their blood. These stem cells are safely stored for use later. After this they receive chemotherapy, undergo surgery and then receive higher doses of chemotherapy to eliminate the rest of the cancer cells. At a scheduled date after high dose chemotherapy the stored stem cells are thawed and like blood transfusion, injected back into the body to form healthy, new blood cells.

All high risk neuroblastoma children receive a drug called 13 cis retinoic acid after radiotherapy to prevent recurrence and help in maturation of the remaining neuroblasts. At least 6 courses of this drug is given.

Consult a doctor and seek proper treatment to relieve the symptoms and find a cure for Neuroblastoma.

Neuroblastoma when diagnosed in early stage is completely curable. At later stages the cure rates reduce and require multimodal treatment as mentioned above.

Know the Health Benefits of Jujube

World Day for Safety and Health at Work

Exercises that can strengthen your lungs

5 things to know before your first chemo...

How to lower your risk of lung cancer?