Long ago in November 1944, a new operation for its time was undertaken by Dr Alfred Blalock, Mr Vivien Thomas and Dr Helen Taussig at the Johns Hopkins University Hospital in the United States.  This operation, which subsequently came to be known as the Blalock-Taussig Shunt, was the first surgery described for the treatment of patients with cyanotic congenital heart disease, commonly known as ‘Blue-Babies, or Blue Baby Syndrome.

Blue babies are born with a variety of critical heart defects and have low levels of blood oxygen, leading to a condition where the baby’s skin and lips turn blue. The most extreme form of this defect is called pulmonary atresia, in which there is no natural communication between the heart and the arteries of the lungs. An emergency life-saving surgery is thereby required in the first few days of life to save these patients and to maintain their oxygen levels.

Since the first Blalock-Taussig shunt (BT shunt) surgery, nearly 80 years ago, paediatric cardiology and cardiac surgery have progressed many folds, and in the present era, most babies born with such critical congenital heart defects have an excellent long-term outcome.

A minimally invasive non-surgical alternative to the BT shunt is a relatively new procedure called PDA stenting, which is done by paediatric cardiologists in the cardiac Cath-lab.  This procedure was first performed around 20 years ago as an alternative to the BT shunt, and since then, many paediatric cardiac centers have developed vast experience with this technique.  At SRCC Children’s Hospital, we too routinely prefer PDA Stenting over BT shunt to restore lung blood flow in critical blue babies.  In the last 1 year, we have started a new innovative technique for PDA stenting, which has made this complex and challenging intervention in newborn babies safer and quicker.

This technique, “Hybrid PDA Stenting with Flip Technique,” which we have recently published in an international journal, is an innovation where the cardiac surgeons give small surgical access to the neck vessels of the patient, and we then proceed with our procedure from this approach.  From a small 2 cm skin incision in the neck of the baby, with the help of special catheters and wires, we can cross a small natural communication between the body artery and the lung artery known as the PDA, and place a stent in it to maintain its patency. The procedure lasts around 1 hour, and the babies usually spend another 7 days in hospital prior to discharge.  Subsequently, about a year after their first procedure, they return for their complete corrective surgery, after which they have near-normal lives.

This innovative hybrid approach has helped us overcome some of the challenges and limitations of PDA stenting via the routine old approach from the baby’s thigh vessels, and has allowed us to successfully treat complex cases that would have earlier been referred for high-risk surgery instead.  Our team has now completed around 25 such PDA stents via this approach.  An experienced full-time team of Paediatric Cardiologists and Paediatric Cardiac surgeons is required to set up such a Hybrid PDA stenting program and similar complex Paediatric Cardiac interventional programs. Such programs contribute to further improving outcomes and making complex procedures safer in the treatment of critically ill patients with congenital heart defects. 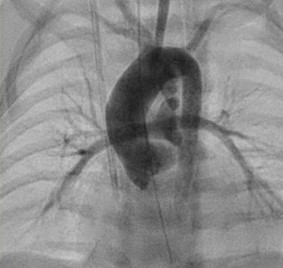 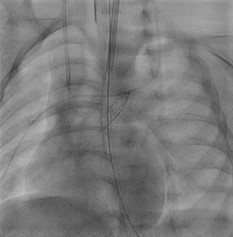 Easy ways to keep our Heart Healthy during...

All you need to know about Sleep Study